Before October ended, Cherry Mobile brought 30 of its employees to a venue outside the office premises where they could realize what more their hands could build for the community.

Thirty (30) Cherry Mobile employees went as a team to one of the project sites of Habitat for Humanity Philippines (Habitat) at Bistekville I, Payatas, Quezon City. The participants gathered at 7:30 AM in the office and rode a tour bus from the office at Apacible to the project site for the Juan Builds activity.

A few minutes after arrival, the site engineer gave an orientation about the work being done in the construction site and how volunteers contribute to the whole process of building houses for those living along the poverty line. Habitat envisions a world where everyone has a decent place to live, because they believe that one way to fight poverty, create strong families, and build healthy families is to help Filipino families obtain decent housing. 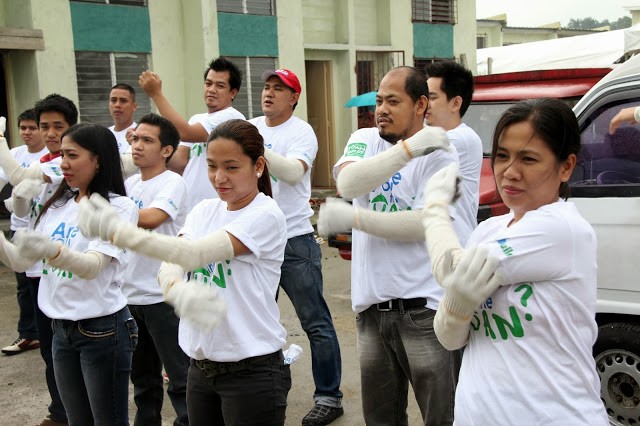 The employee volunteers were readying their bodies for a morning of “heavy” work–excavating and brick hauling. 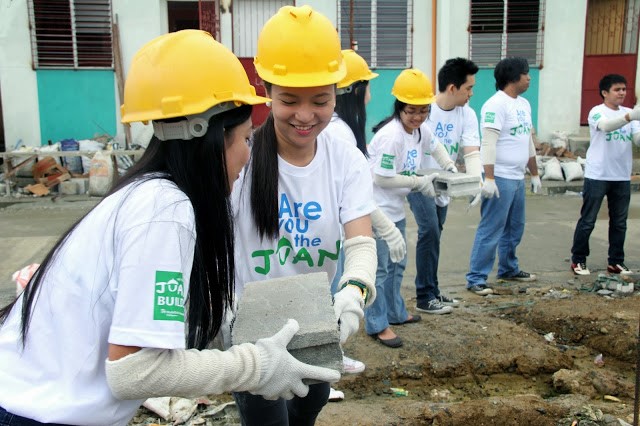 No load is ever heavy when there is teamwork. Employee volunteers formed a human chain to haul hollow blocks from one side of the site to another. 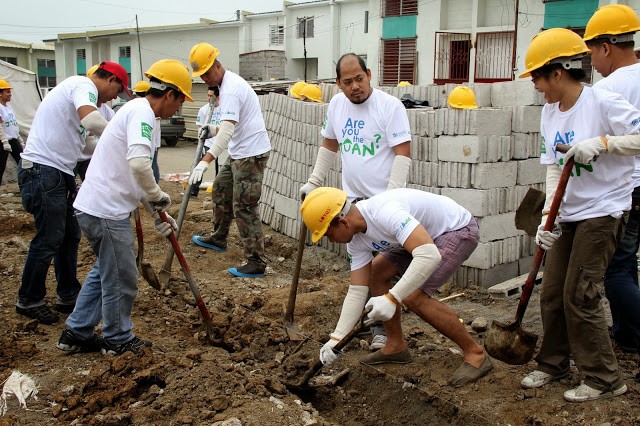 Excavating was an extreme effort exerted by the volunteers as the rains turned the soil to sticky mud. 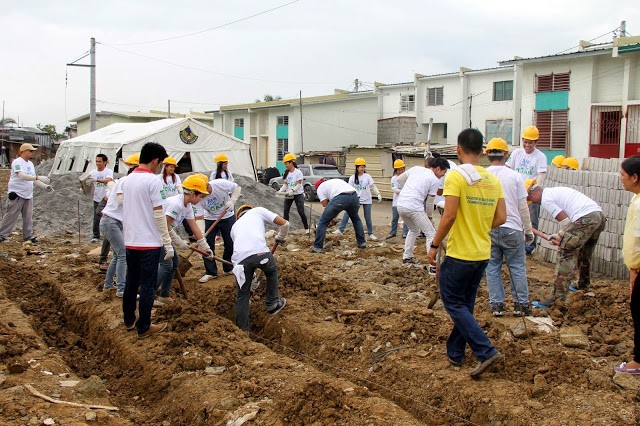 The employees willingly helped out with the preparation of the the foundation for houses that will look much like the two-storey homes at the background. 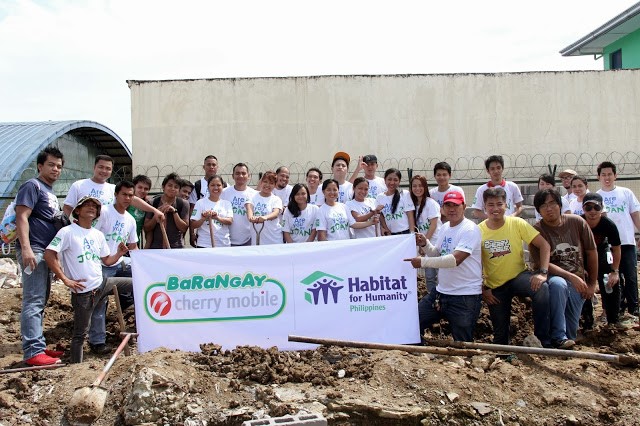 The Barangay Cherry Mobile team after a whole morning of volunteer work with Habitat for the cause of giving every Juan a decent place to live.

Through the Juan Builds campaign, Habitat gives volunteer partners (companies and individuals alike) the opportunity to help fund housing and community projects for Filipino families, as well as the chance to be engaged by actually helping build houses during their volunteer hours. Cherry Mobile had the chance to contribute to the pool of resources (both financial and workforce) that Habitat is using to provide shelter specifically for school teachers working at the public school located in Quezon City, as well as for families being relocated from their previous homes at danger zones (e.g. dumpsites, waterways, squatters area.) Right after the orientation, the site engineer led the team in a short warming exercise. The volunteers were then divided into two groups and the work began.

One group worked on excavating the land in preparation for the laying of the house foundation, and the other group were in charge of brick hauling. Excavation was harder than usual for the volunteers because the rains turned the land into sticky mud, making it hard to dig and for troughs to form. Brick hauling was relatively easy for the male volunteers but required extra effort from the female volunteers. They completed the task despite the rain shower that accompanied them the whole morning. The two groups shifted tasks after a short break in the morning.

At the end of the activity, the site engineer gave the group a progress report and stated that they were able to prepare ground for laying the foundation of five houses and hauled bricks that can be used to build at least two houses.

The volunteers were glad about their accomplishment. It cost them time and an extra amount of strength to help at the construction site, but it certainly gave them first-hand experience of what it is like to build houses for a cause. The activity brought a lot of realizations to them—insights on what they help build, who needs which buildings and who help them meet those needs.

Small things do count, because it is the small things that make up the big ones. Cherry Mobile volunteers spent half a day helping build houses, but it did build up something within them—a sense of being part of a community and contributing to it, a conviction of actually doing something more than just wishing and praying for the needy. It is another facet of life that they experience, and with it comes the awakening to the reality of life. It is a small act of helping bring change to the community. And as they do so, they eventually see that change is also happening within them—a growing desire to help more, and to serve more.