The first and most trusted local partner by Microsoft, Cherry Mobile, is acclaimed as a visionary in producing mobile devices that meet the needs of the Philippines’ diverse mobile market segments. In its five years in the industry, the company has continued to expand its gadget line-up and market share despite international brands dominating the country. In 2014, Cherry Mobile announced its partnership with Mircosoft by introducing the Alpha series which boasted of two smartphones and two tablets – all equipped with a Windows 8 operating system.

In its pursuit to expand its reach in the Asia Pacific region and to provide its consumers high powered smartphones, the two brands jointly launched the Alpha Neon and Alpha View.

Taking snapshots are also more appealing with the Alpha View’s OV 8858 back-camera with its 8 megapixel PureCel image censor, and an OV 2685 camera for the front. Saving images, applications, and other media files are also made easier with the smartphones’ 8 GB storage allowance with an expandable memory of up to 64GB with a microSD

Connectivity is guaranteed and is at-par with higher priced products with its WiFi b/g/n and Bluetooth 4.0 features for both phones. Users of the Alpha Neon can make use of its Dual Sim capabilities with the standard SIM, while the Alpha View has a Dual Sim provision for both a standard and Micro SIM.

Cherry Mobile developed the Alpha series in partnership with Microsoft and Qualcomm. 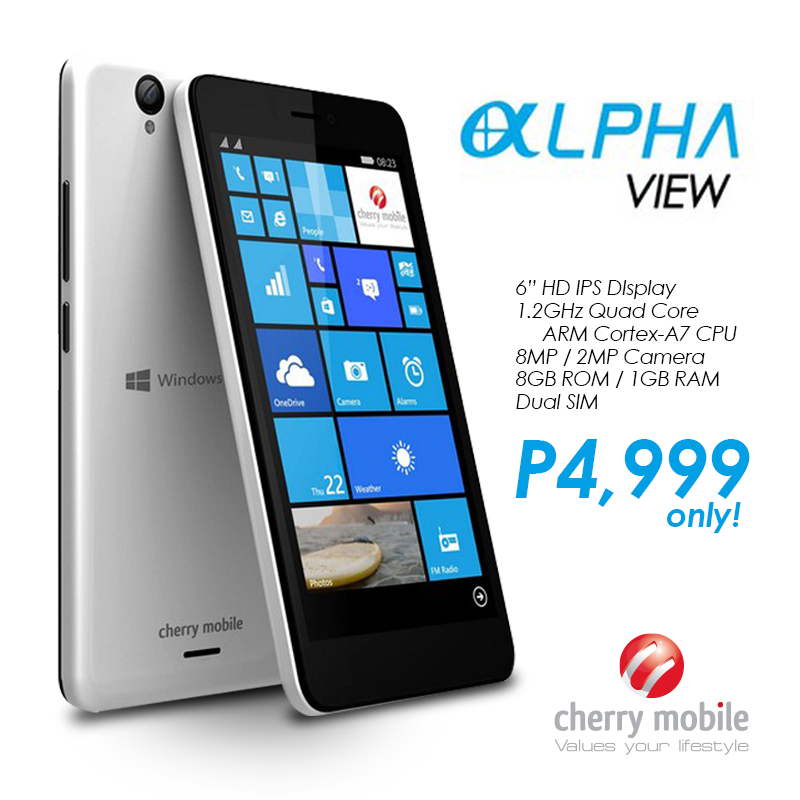 Get the latest news and updates by subscribing to our newsletter!