A series of gift giving took place one week in December across different locations in Metro Manila and nearby provinces. Three main gift categories were given by Barangay Cherry Mobile: noche buena packs for people living below the poverty threshold, scholarship grants, and a greenhouse project. 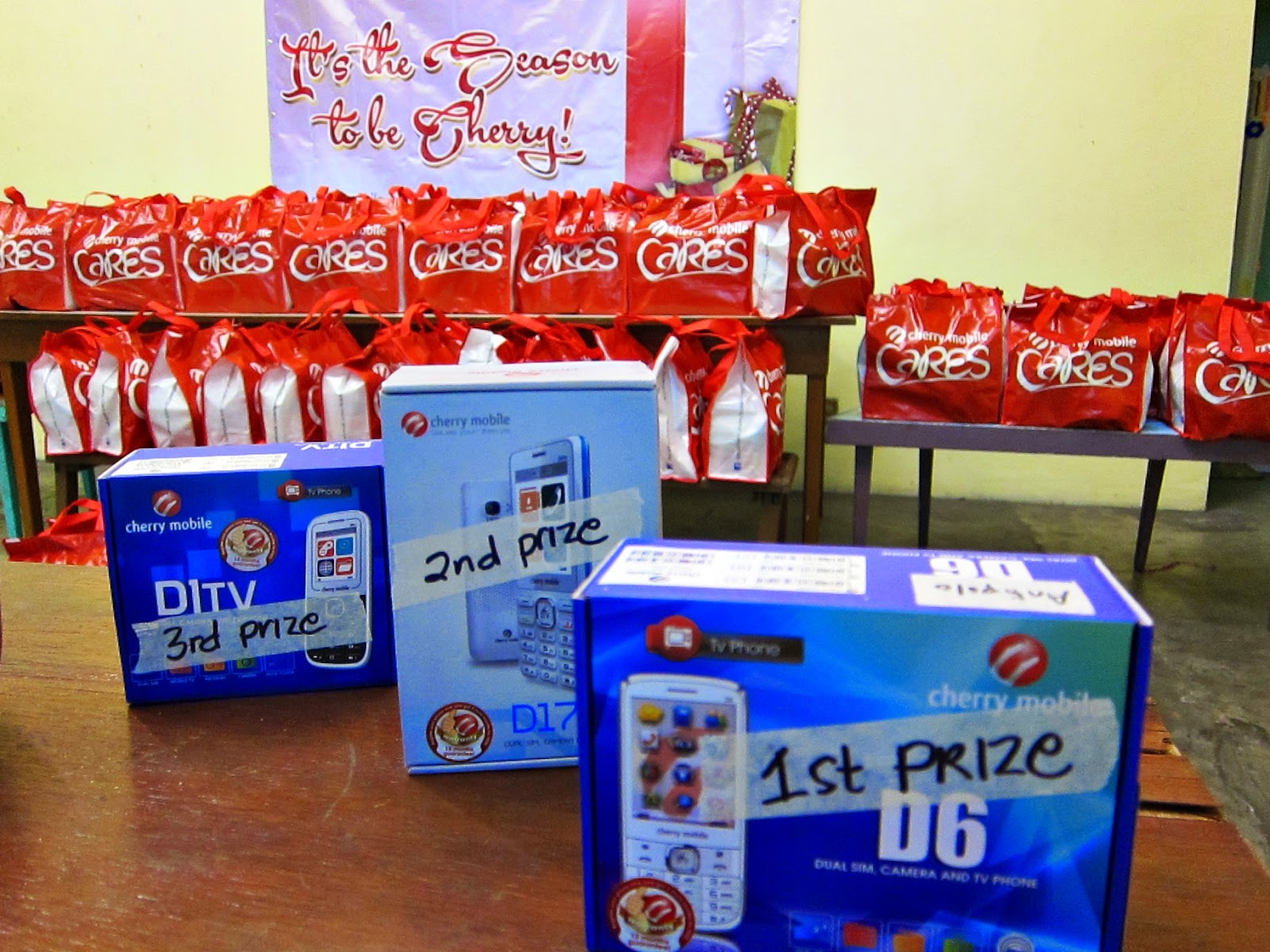 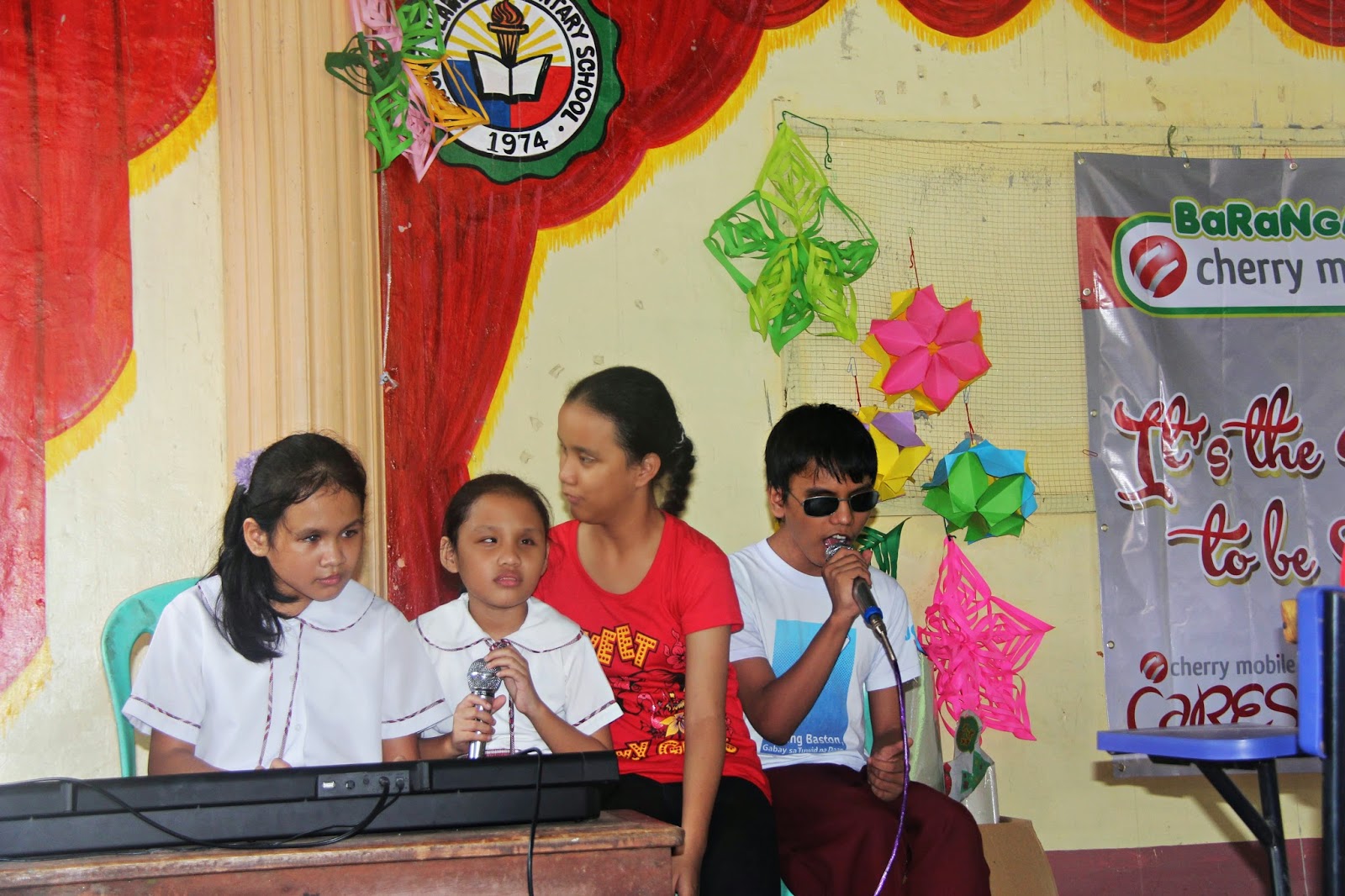 The beneficiaries (SpEd pupils) also performed a song number during the gift giving. 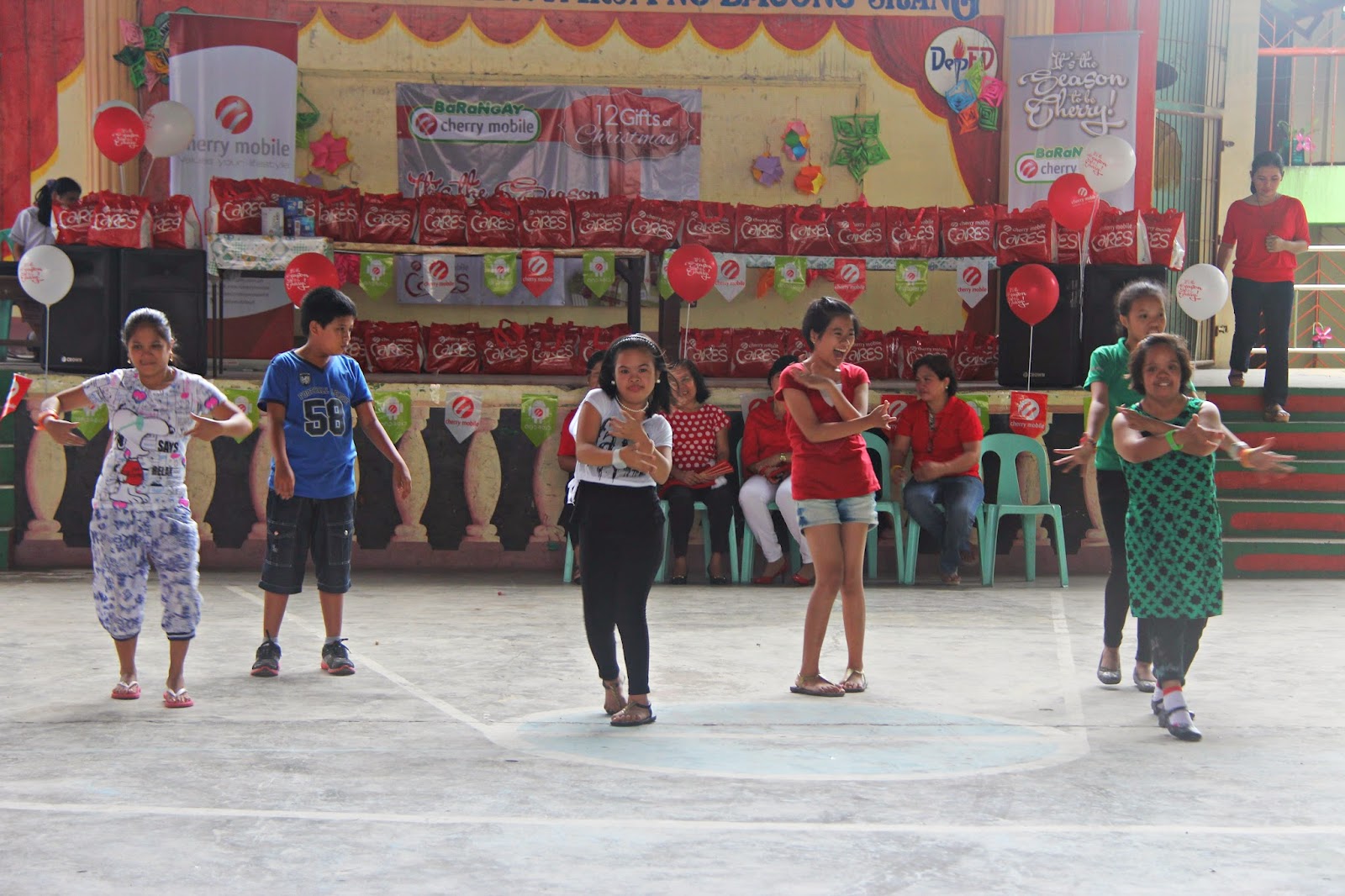 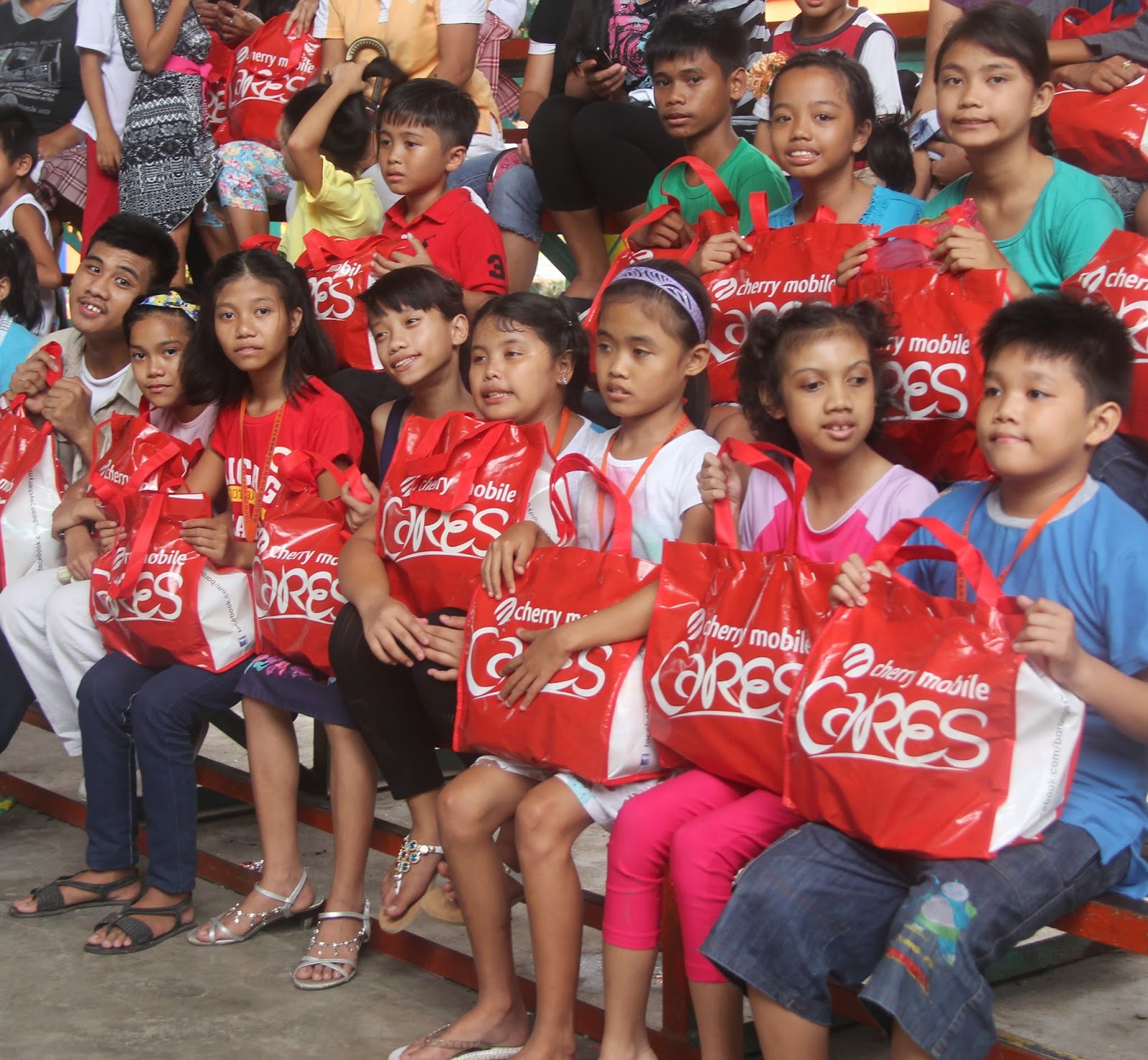 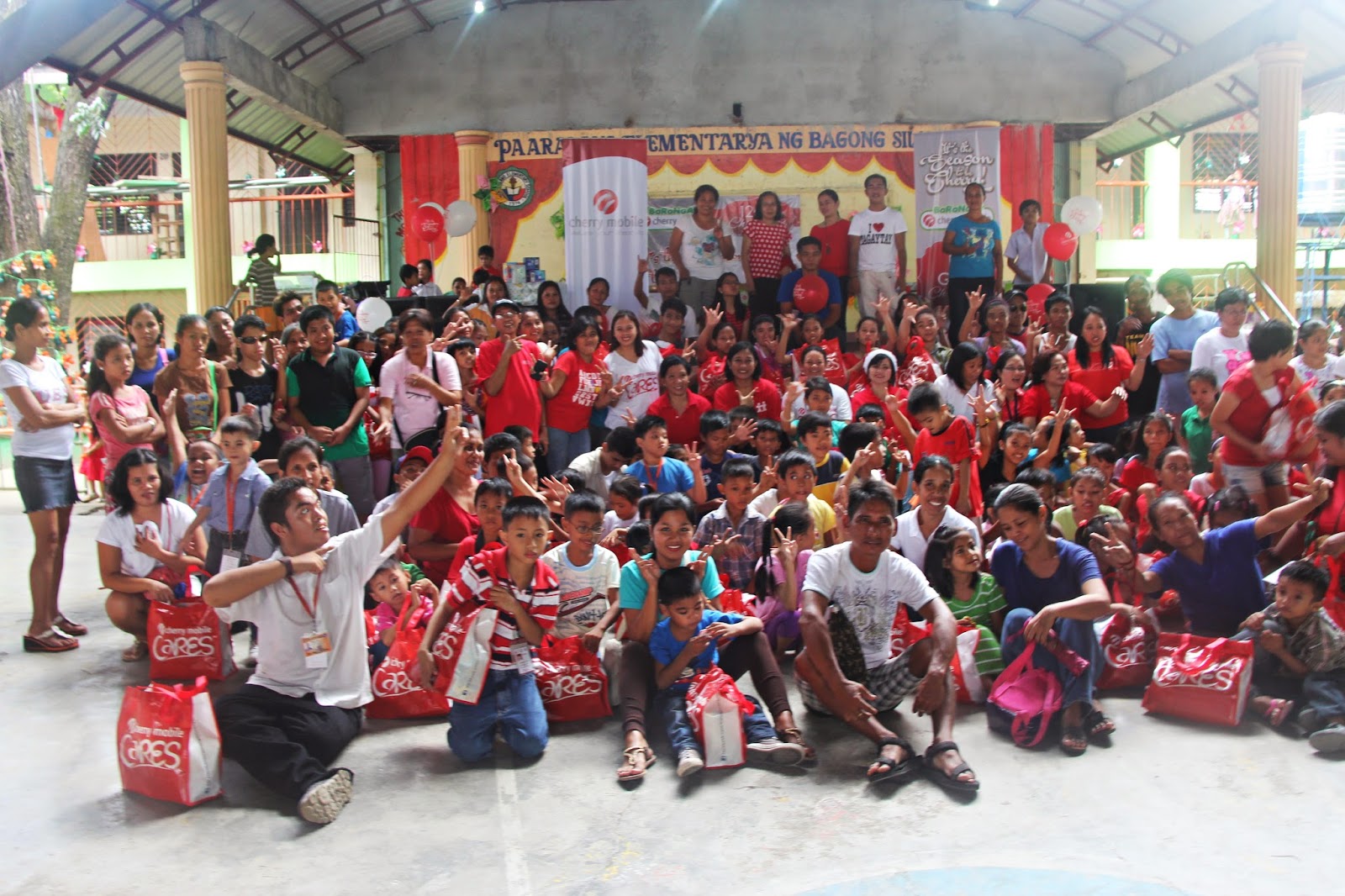 Children with special needs and their family members posed for a photo after the gift giving. 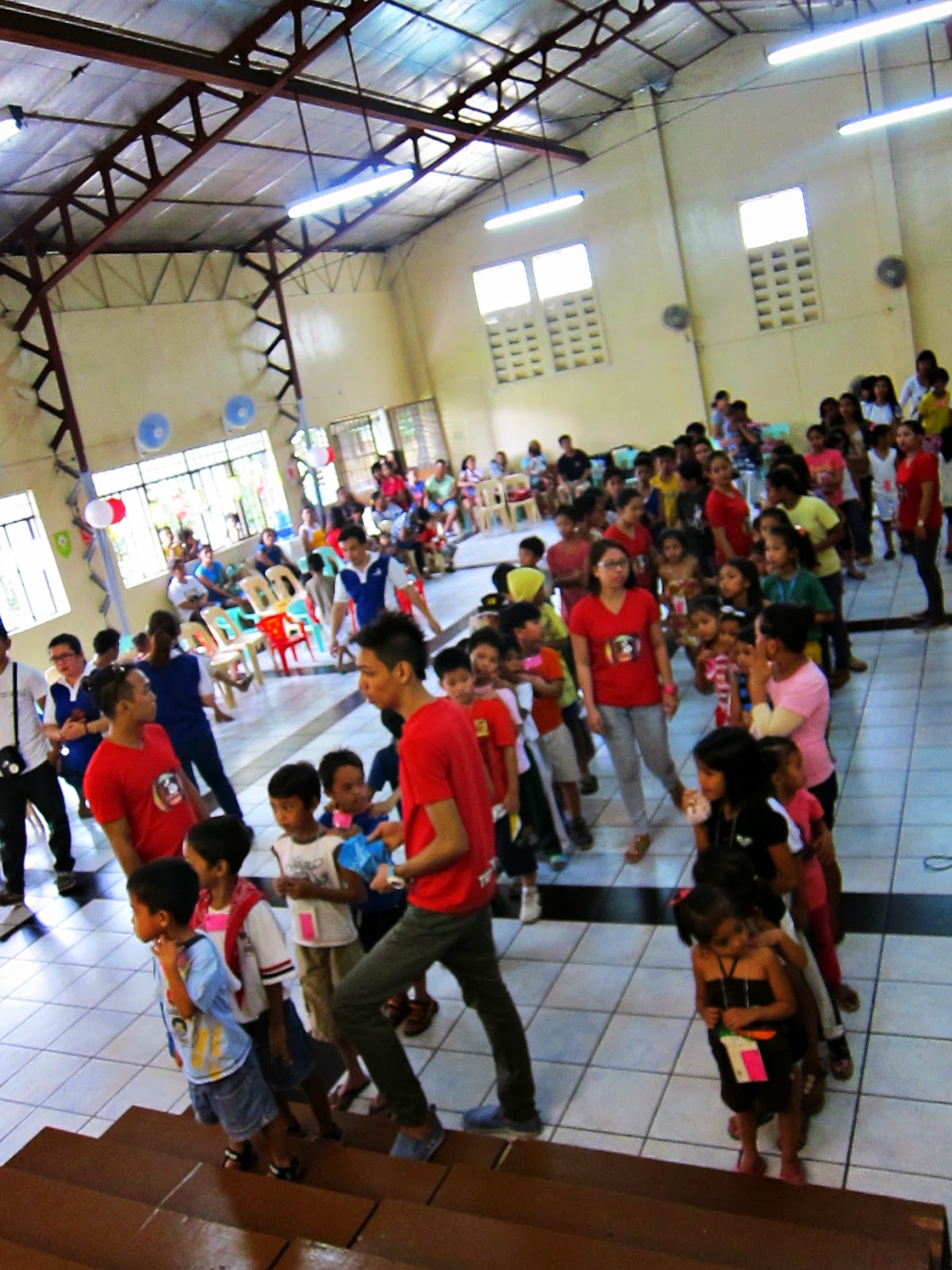 Kids from poor families in the outreach community of the Camillian sisters came for a party with Barangay Cherry Mobile. 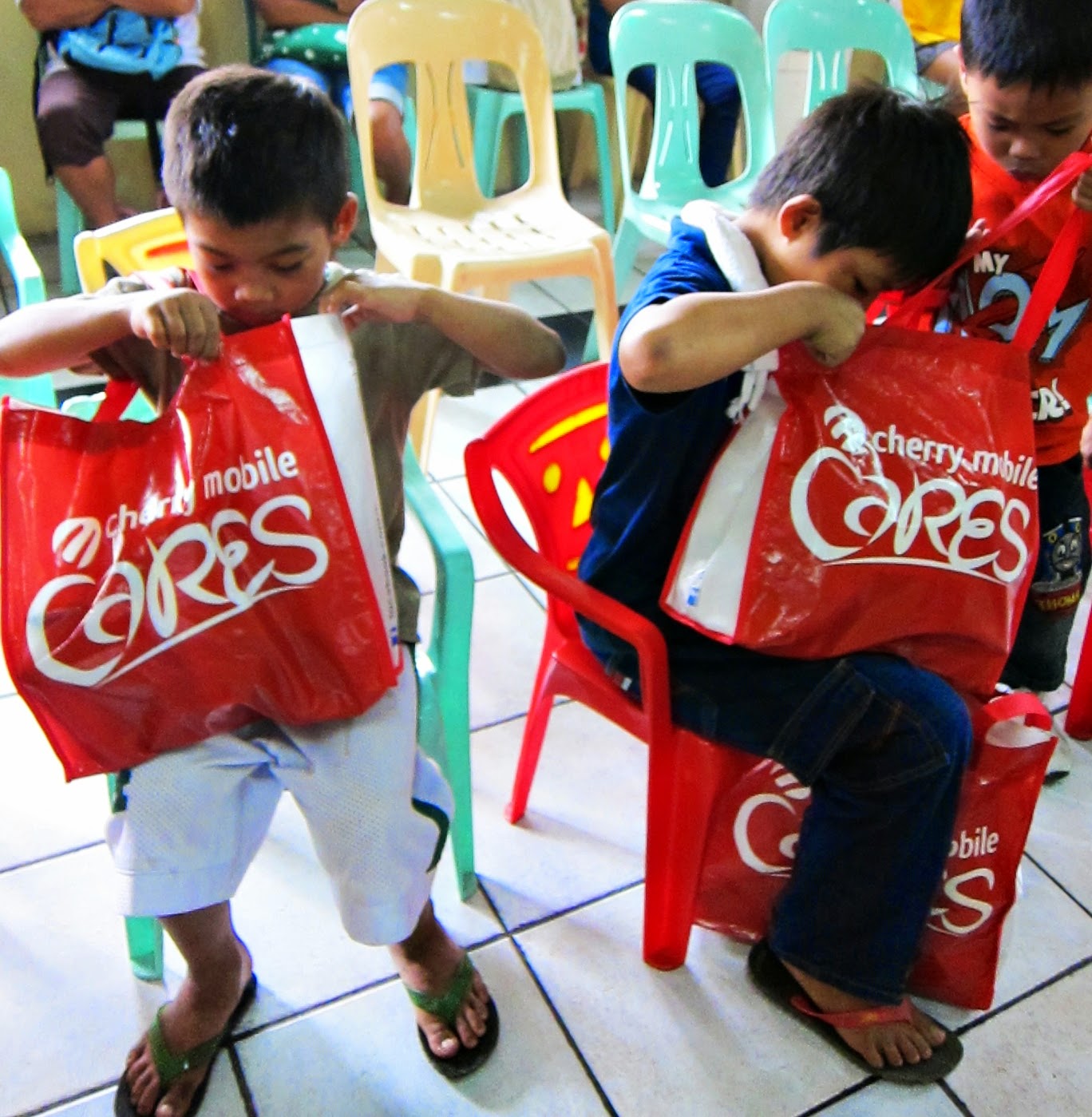 Kids in Antipolo excitedly opened the noche buena packs right after they received it.

Laborers at the Navotas Fish Port spent an afternoon at a simple party where they received noche buena packs for their families. 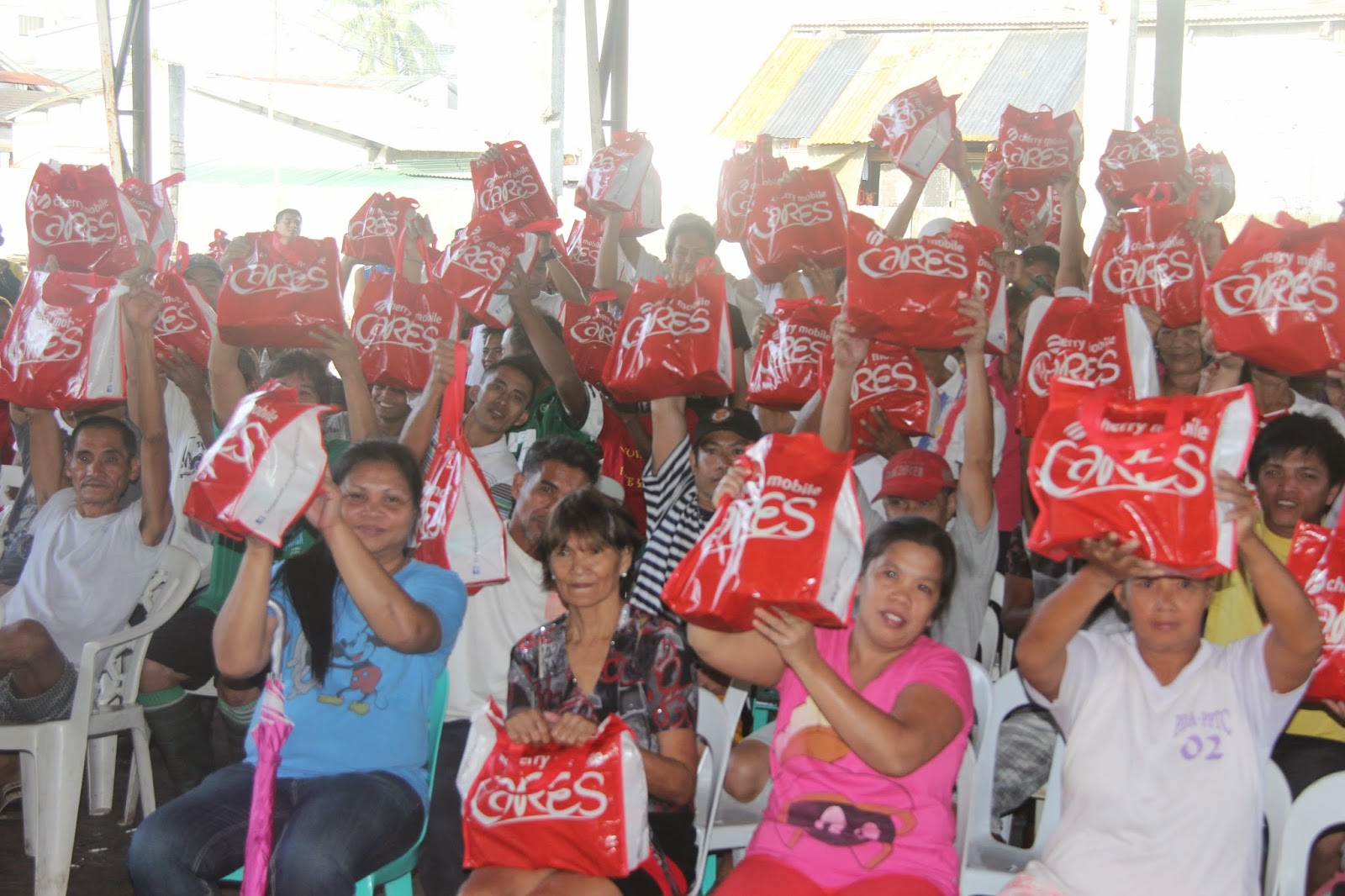 Laborers at the Navotas Fish Port spent an afternoon at a simple party where they received noche buena packs for their families. 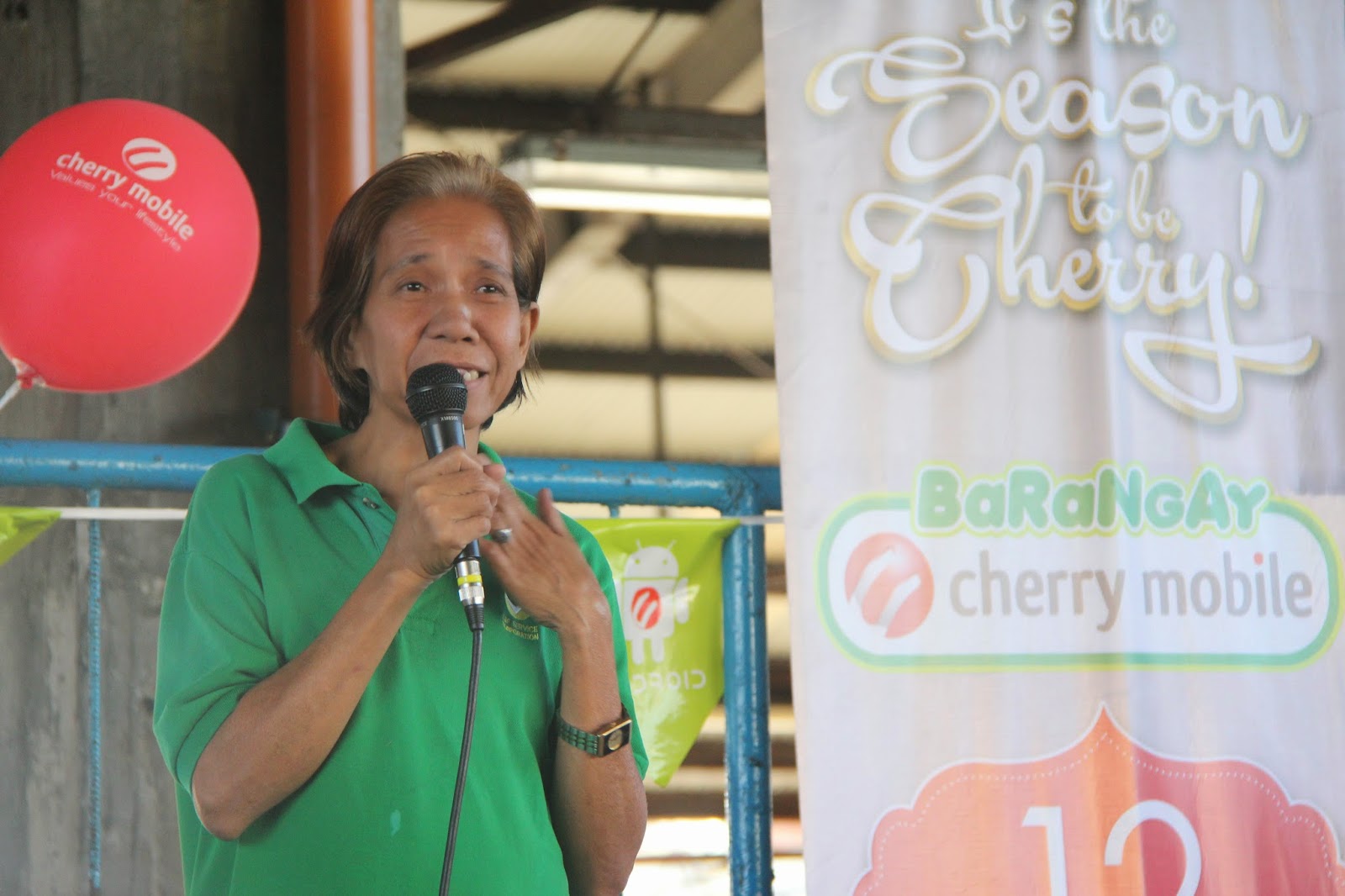 One of the recipients from Navotas Fish Port testified how grateful she was for the noche buena pack which her family could enjoy for the Christmas celebration. 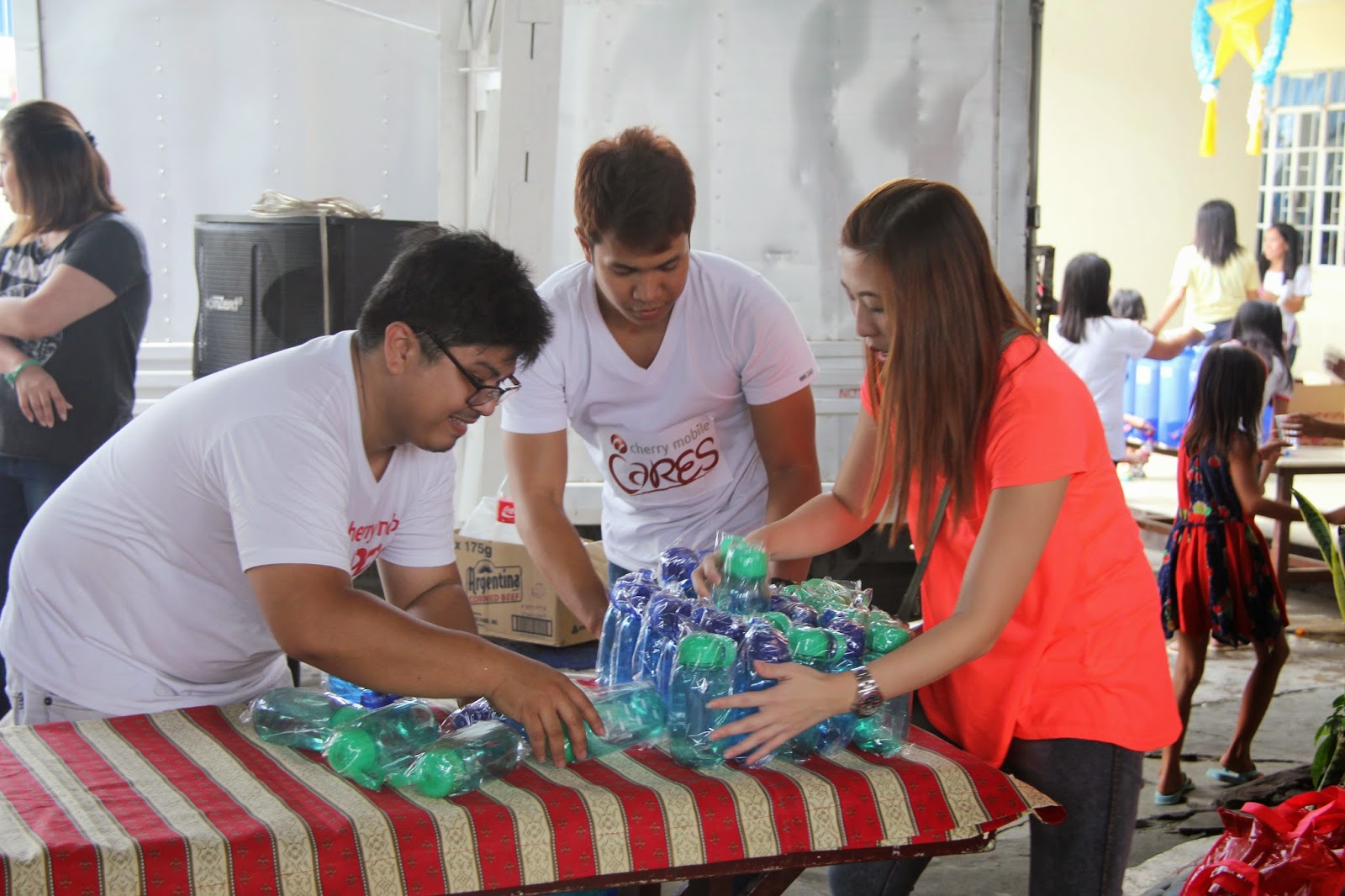 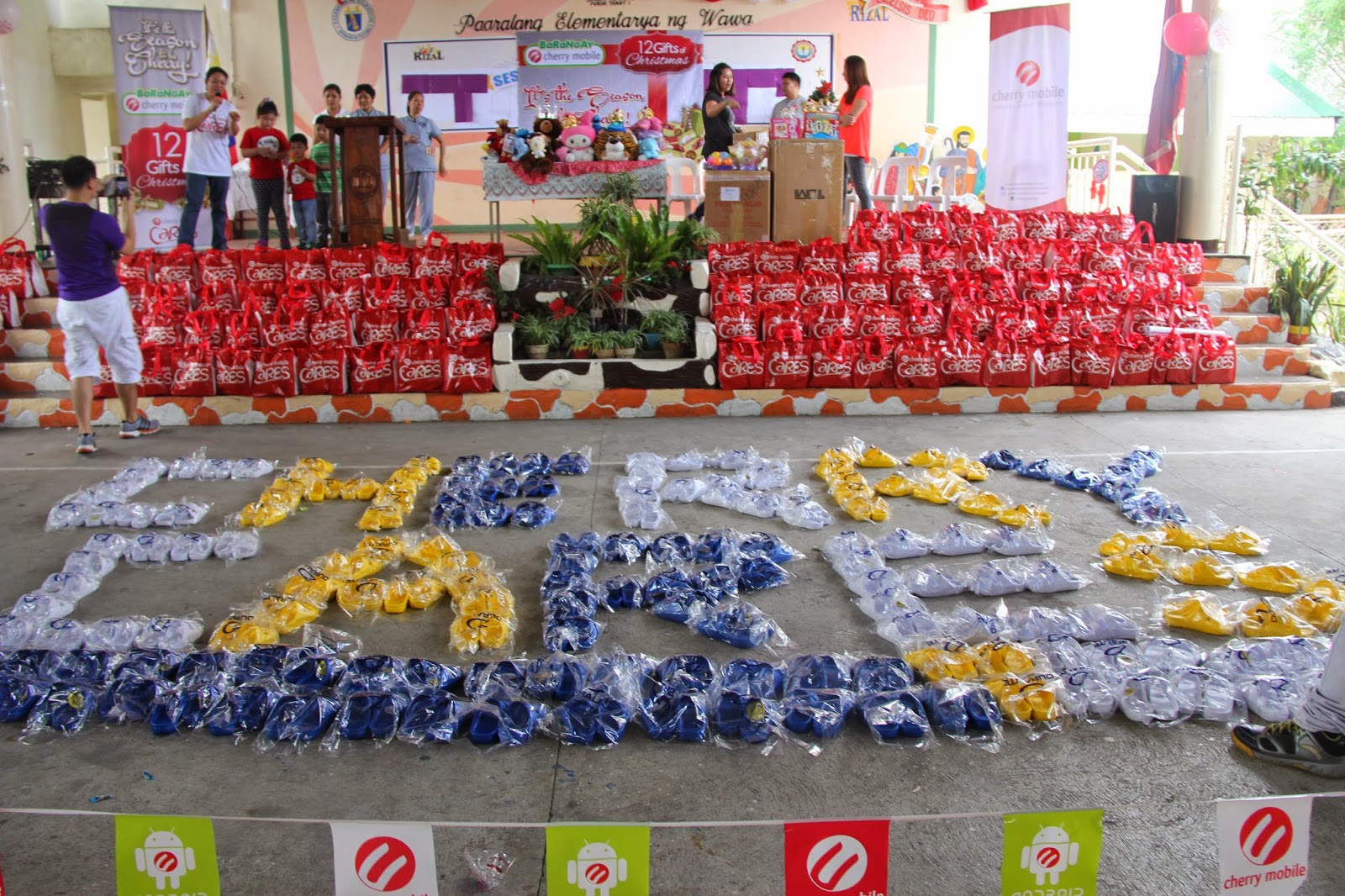 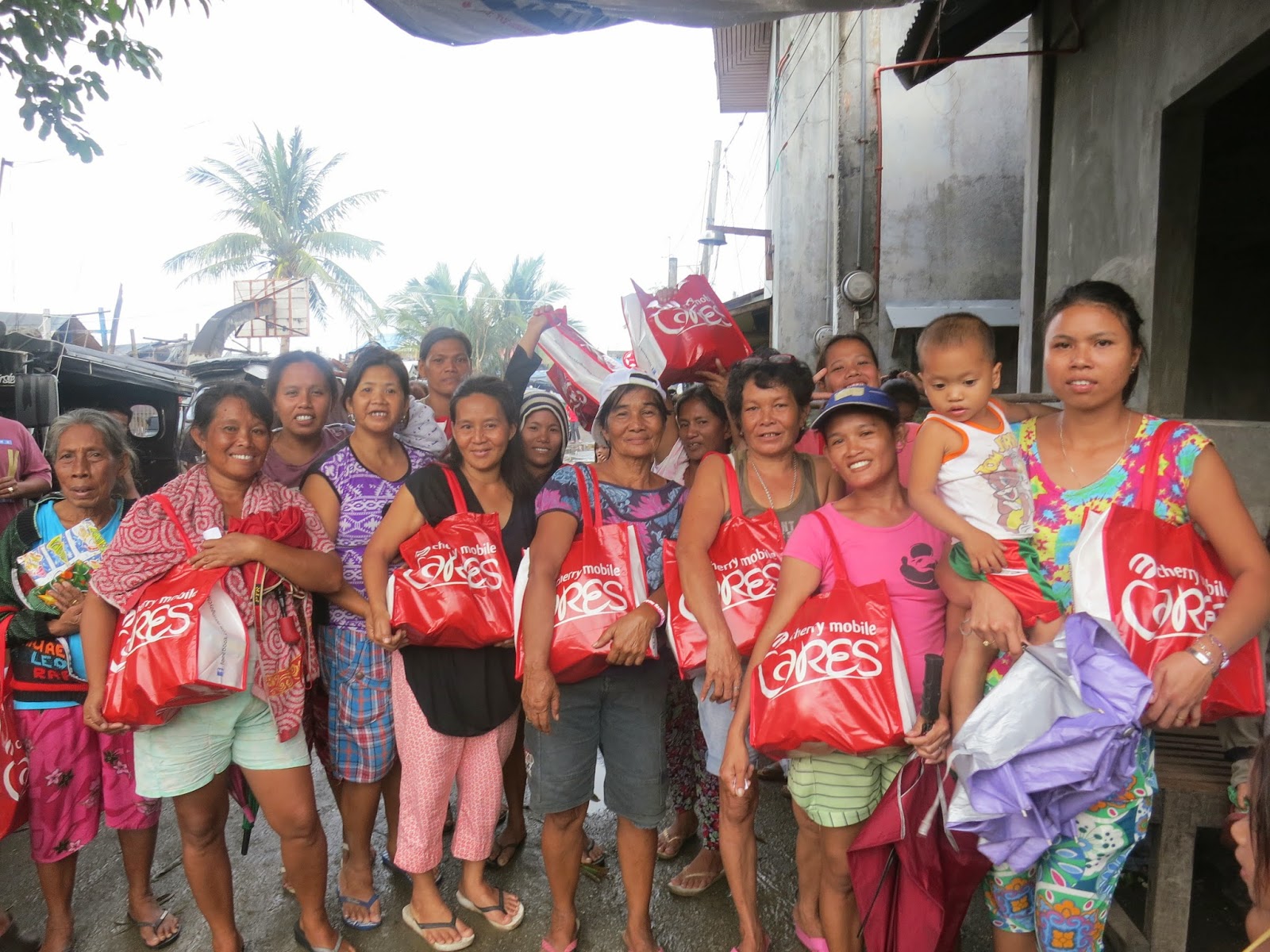 After the activity, mothers happily took a group shot with their gifts before heading home. 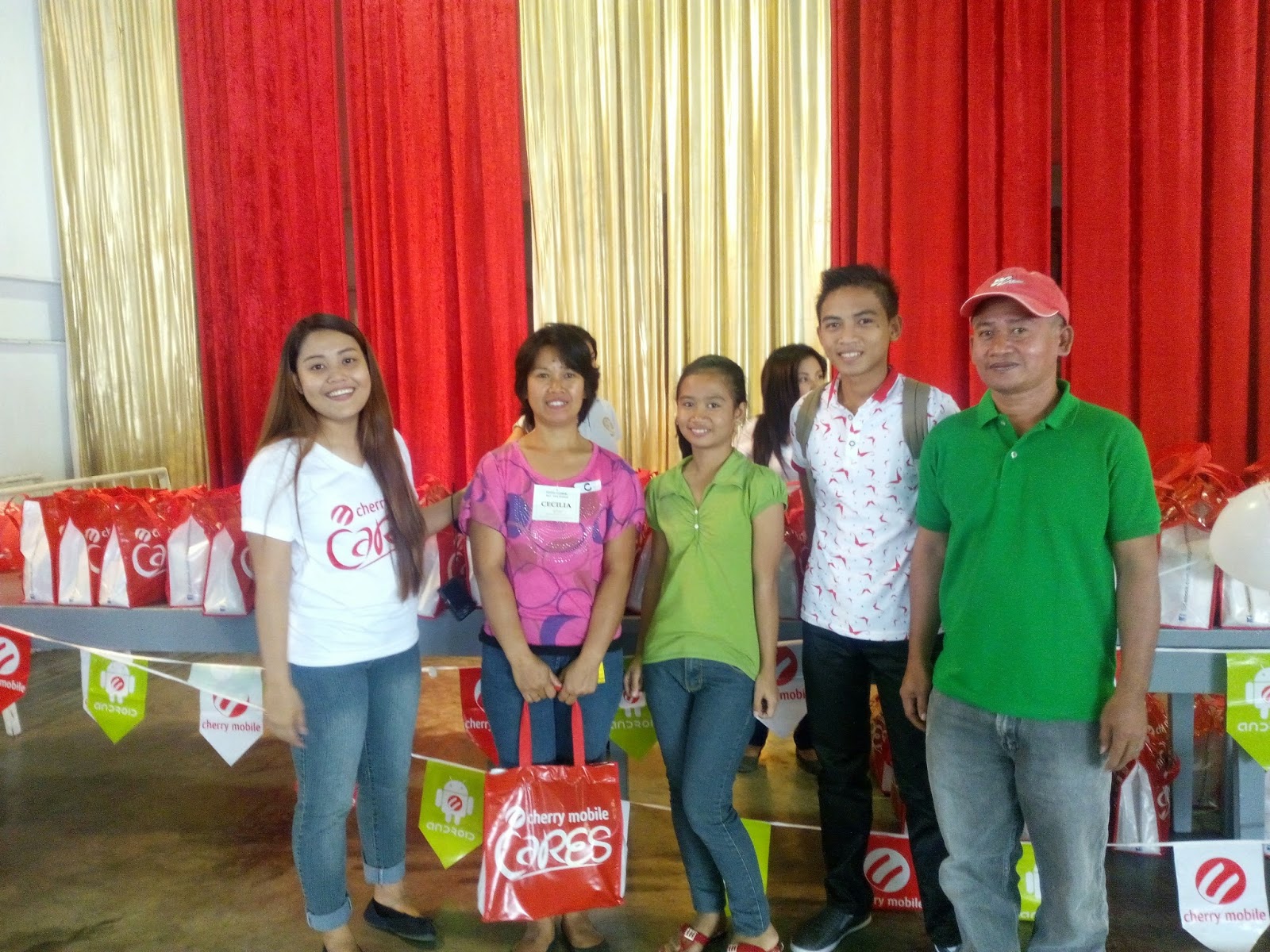 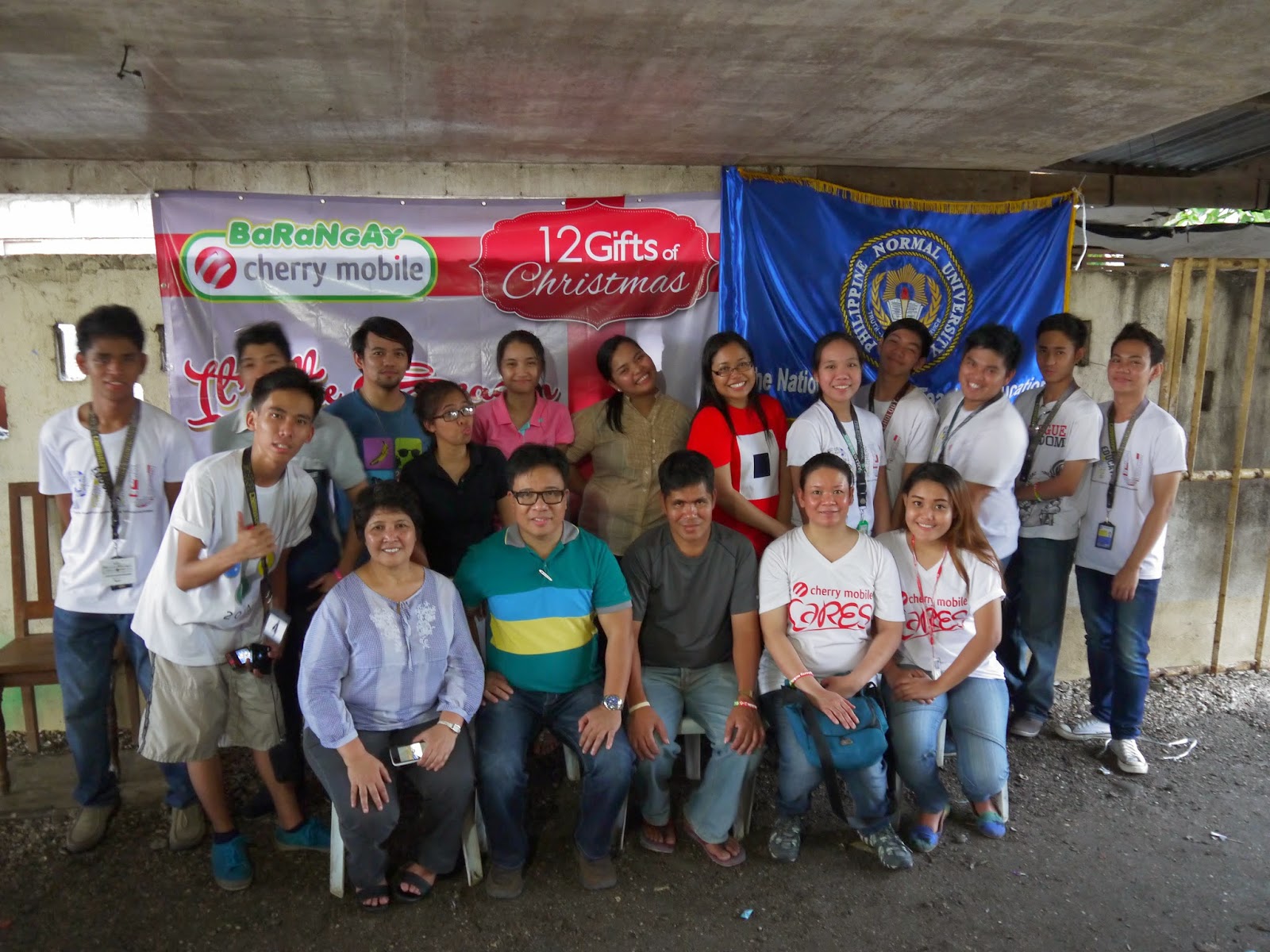 Organizers, student volunteers, and Cherry Mobile Scholars from Philippine Normal University (PNU) also had their group shot after the activity. 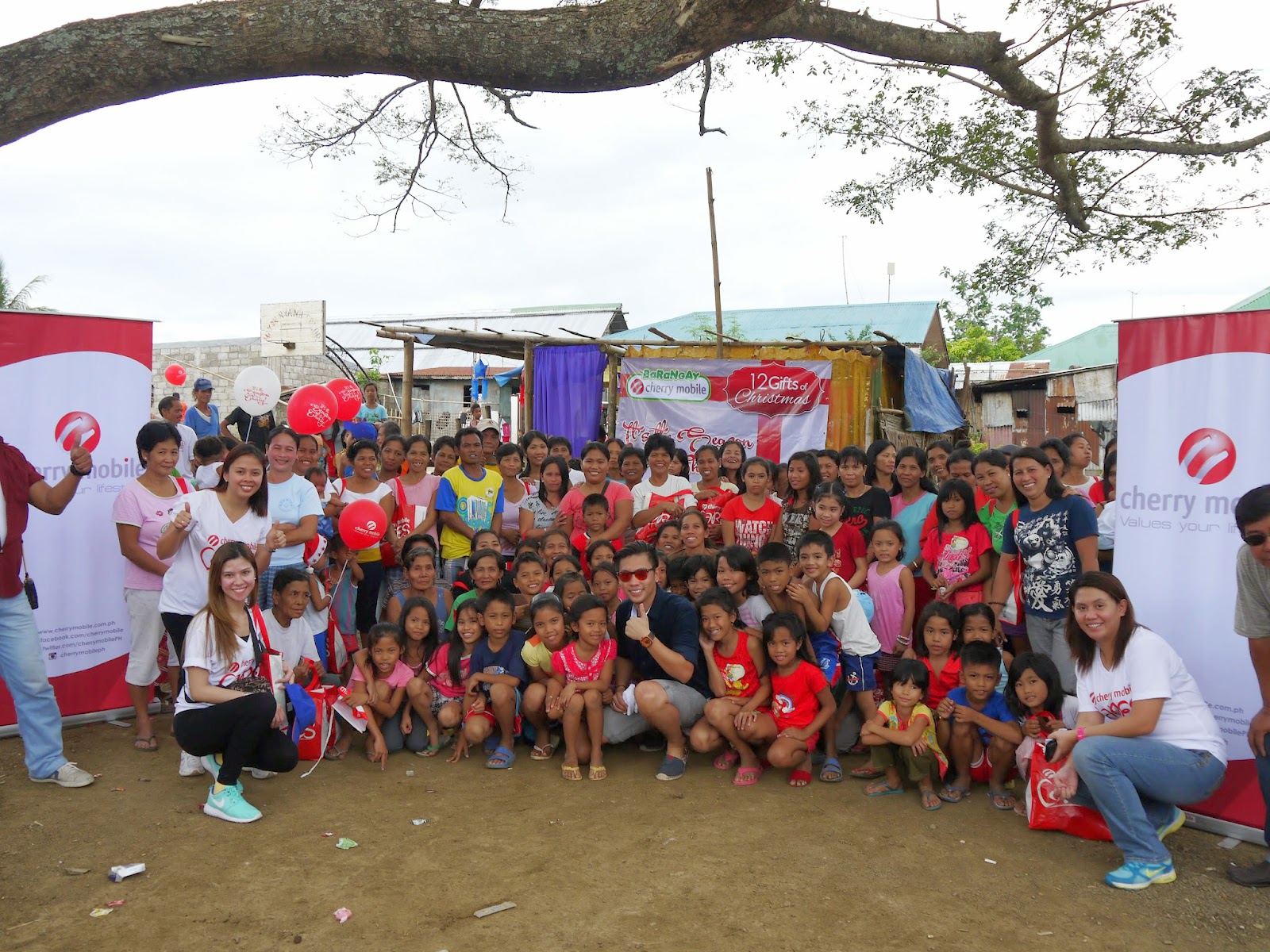 The beneficiary community in Batangas posed in one photo together with Presnet and Cherry Mobile volunteers after the gift giving.

Seven groups received noche Buena packs as well as mobile phones for raffle prizes in celebration of Christmas. These groups include one barangay in Tanza, Cavite; a special education (SpEd) center in Bagong Silang, Caloocan; an outreach community of the Camillian sisters in Antipolo; laborers working at Navotas Fish Port; a number of less privileged barangays in Angat, Bulacan; a rural poor community in Bauan, Batangas; and another rural poor community in Wawa, Tanay, Rizal. From kids with special needs to labor workers to rural communities, Barangay Cherry Mobile made the effort to show concern for their welfare in a season of celebration and happiness.

Cherry Mobile scholars from Polytechnic University of the Philippines (PUP) also had their contracts signed and received their scholarship certificates at the Scholars’ Night held in their campus. Barangay Cherry Mobile sponsored raffle prizes and shirts for the organizers of the Scholars’ Night, an annual university-wide event for all scholars studying in PUP. Various sponsors for the government and non-government organizations (NGOs) also came to the event.

The elderly people whom Cherry Mobile employees visited on Grandparents Day in September also received a Christmas gift from Barangay Cherry Mobile. As a gift of sustenance, a greenhouse project was begun in their compound and the ground breaking took place in December. This greenhouse will serve as a seed bank that will grow organic vegetables for the consumption of the abandoned elderly people. The produce will also be sold for income generation.

This week-long endeavor entailed a lot of work at the back end, but Barangay Cherry Mobile took the time to extend loved in action to people who mostly needed it. The mindset in undertaking this project is to focus on giving more than on getting. It is all about giving. As we draw a close to 2014 and continue with 2015, we focus on giving help to a large span of people with long term in mind. The essence of this goal for 2015 lies at the core of what Barangay Cherry Mobile is: sharing and caring.