With the same purpose of extending medical assistance to those who desperately need it, Cherry Mobile ventured into a farther location to reach the underserved. On the last week of April, residents of Dingalan, Aurora, were the beneficiaries of Barangay Cherry Mobile Medical Mission.

Dingalan is a third class municipality in the most south-eastern part of Aurora province with 11 barangays. It has a population of approximately 25,000 people or 5,200 households. With the Pacific Ocean on its east, Dingalan lies next to Gabaldon and General Tinio (Nueva Ecija) and Doña Remedios Trinidad (Bulacan) in the west and San Luis (Aurora) in the north. The Umiray River separates it from General Nakar (Quezon) in the south. Some of its barangays lie on the Sierra Madre mountain range. 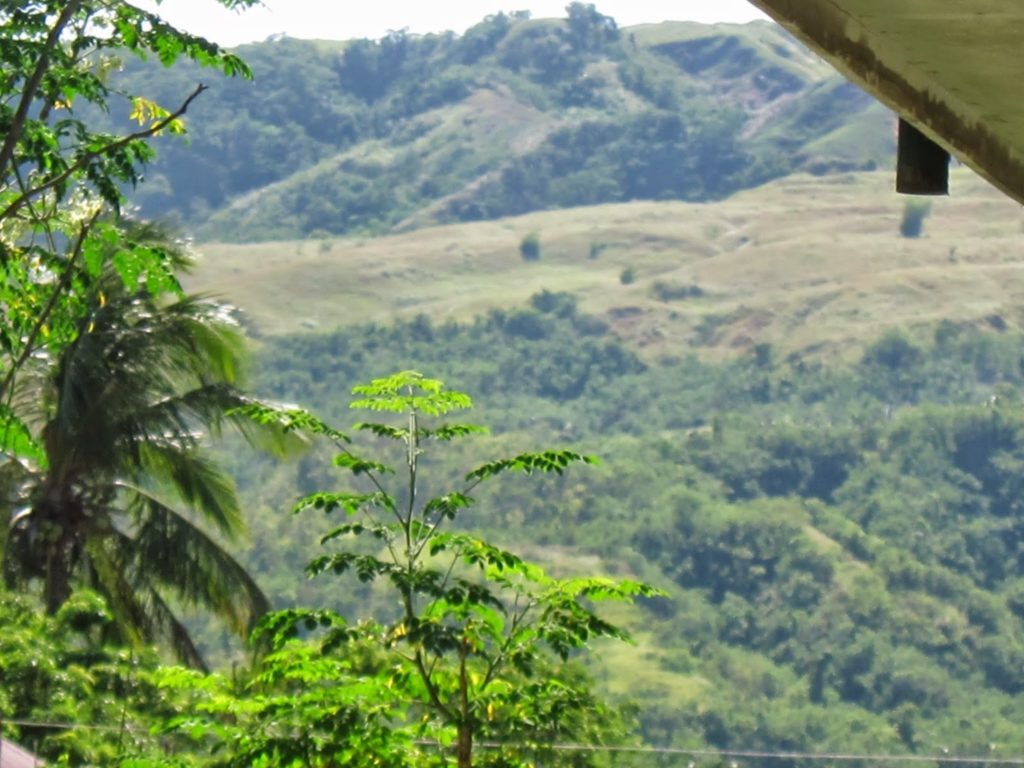 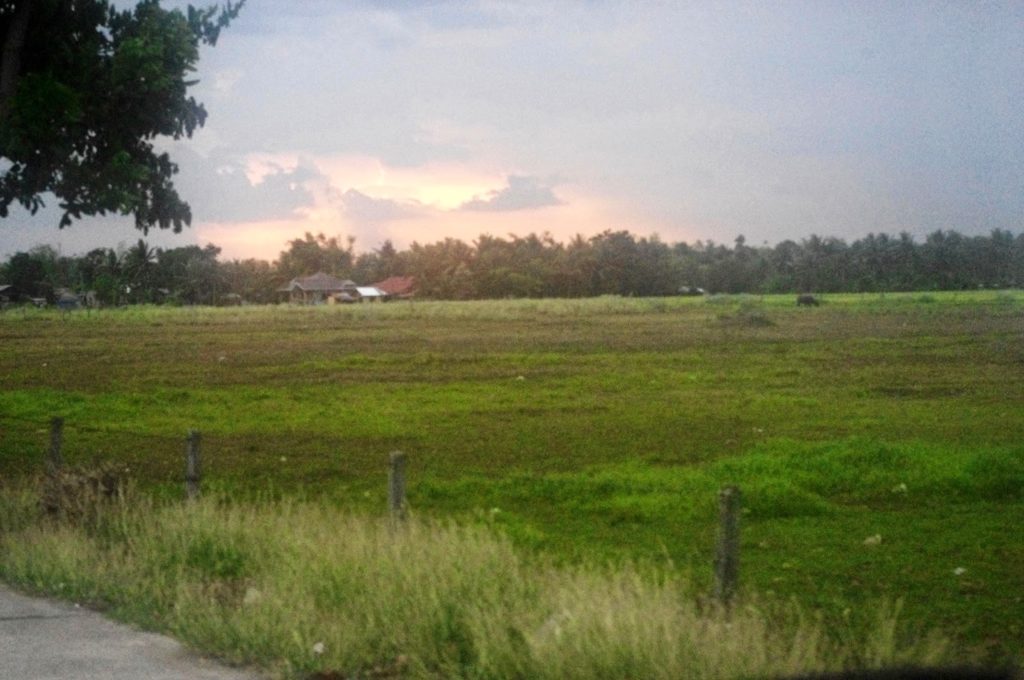 Dingalan houses large fields for agriculture, one of the main sources of living for the residents. 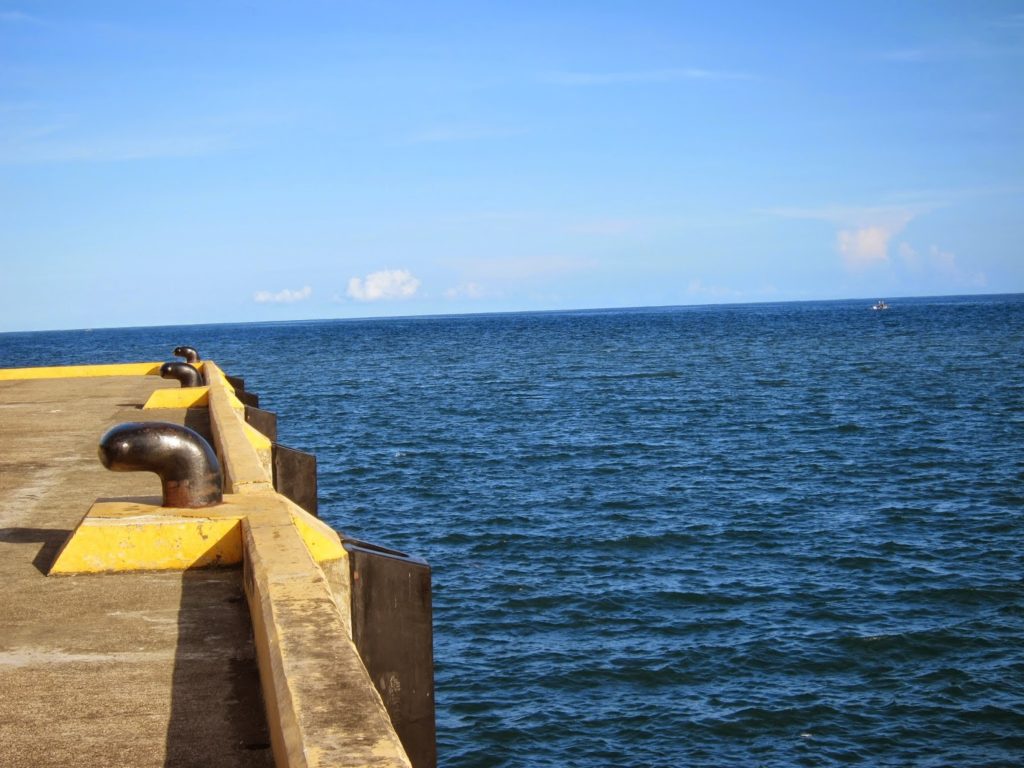 Many residents earn by means of fishing because the east border of Dingalan is the Pacific Ocean.

Dingalan is a small town resided by Dumagat tribes since early times. It has one main cemented road branching to alleys leading to barangays mostly located on the seashore. Most Dingaleños make a living from agriculture and fisheries.A view from a typical house standing near the seashore. 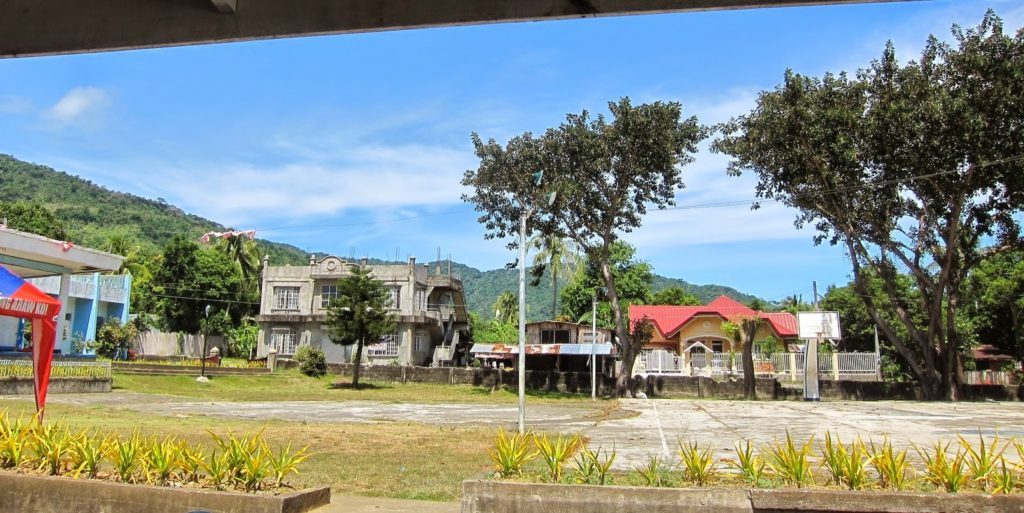 This is the view from the municipal health center of Dingalan. 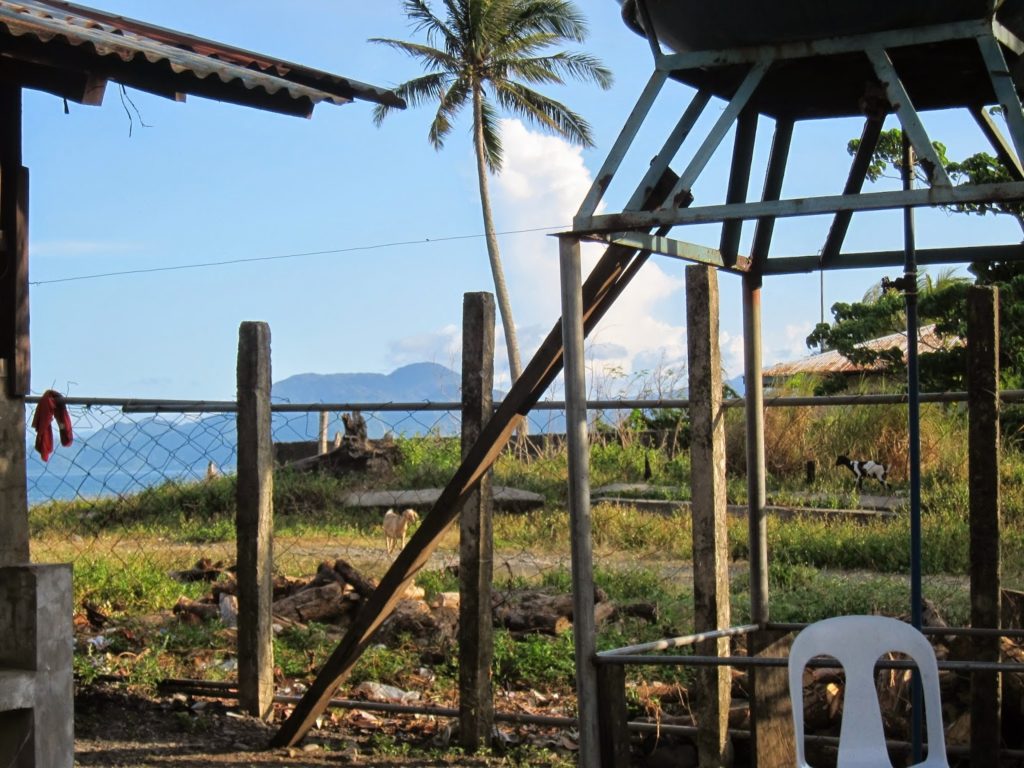 A view from a typical house standing near the seashore.

The health situation in Dingalan is being reformed by the Department of Health (DOH) by means of many intervention programs and provision of medical personnel and facilities. As of this writing, it has one municipal health officer/rural physician, one public health nurse, one laboratory aide, five permanent midwives, four nurses, and two job order ambulance drivers. The town has one rural health unit, one community hospital, and six barangay health stations.

Nevertheless, Dingalan still ranks first in Region 3 as the area with the most number of malnourished children. The residents still do not actively seek medical assistance due to the cost of the medicines and the inaccessibility of medical institutions. Laboratory services are 12 kilometres away in the next municipality; the nearest tertiary hospital is in Cabanatuan City, 64 kilometers away – a trip that takes about one and a half hours. 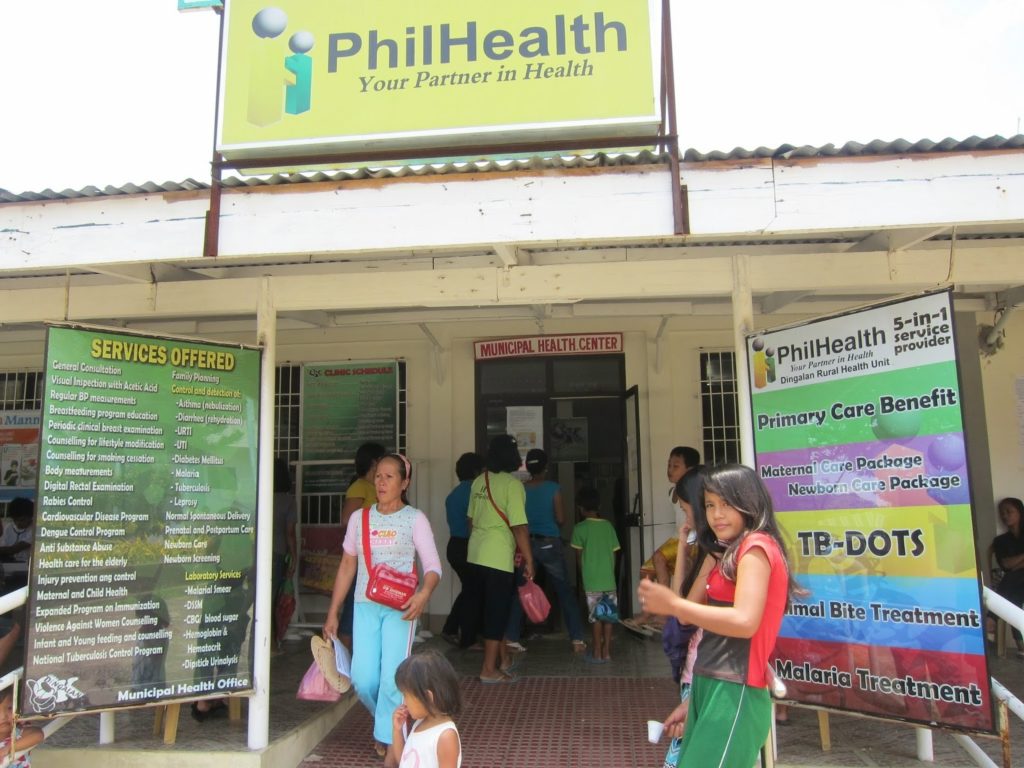 The municipal health center served as venue for the medical mission. 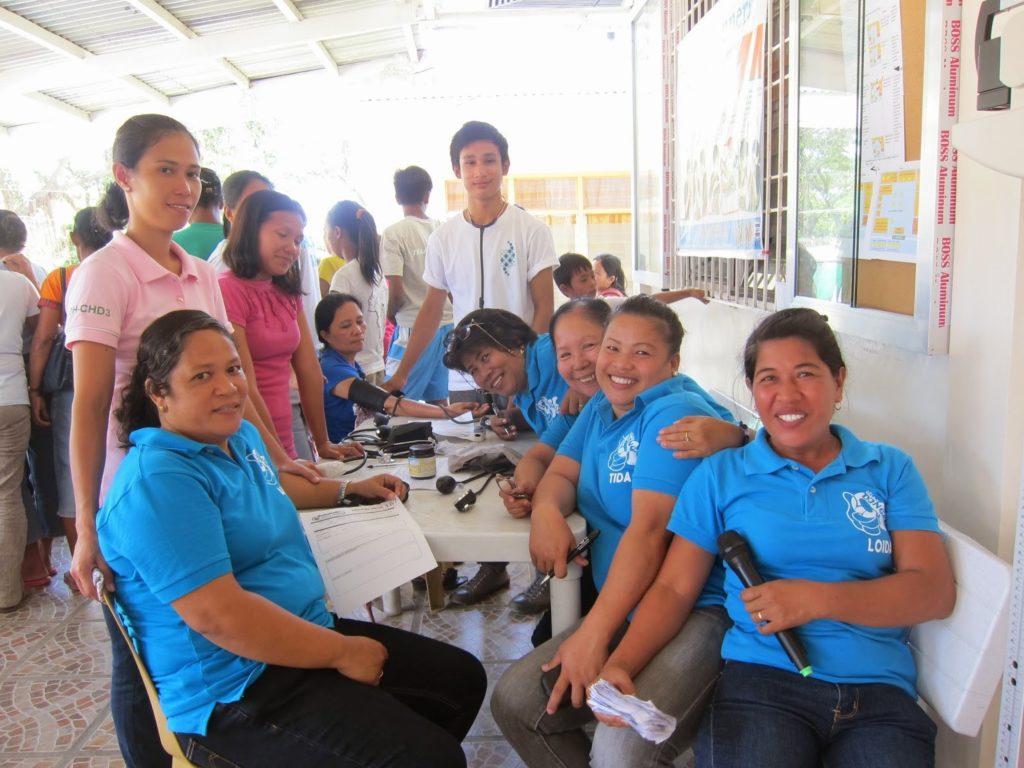 The health workers forming the municipal health team of Dingalan. 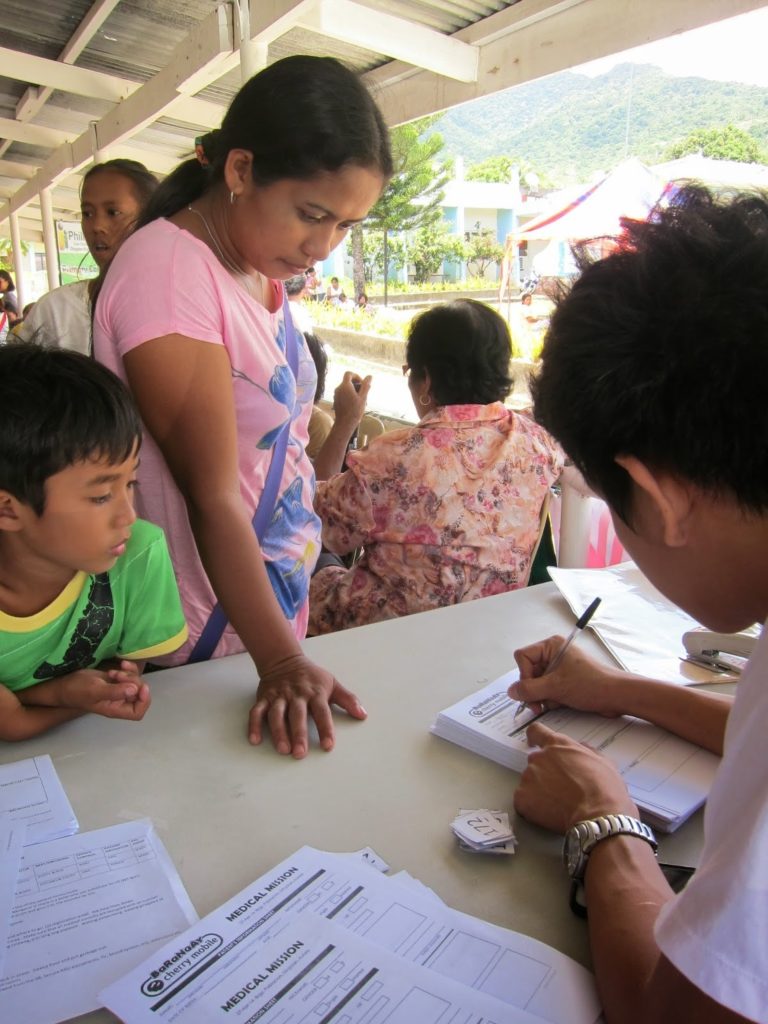 Everyone who wanted to have a check-up registered first and got a priority number. 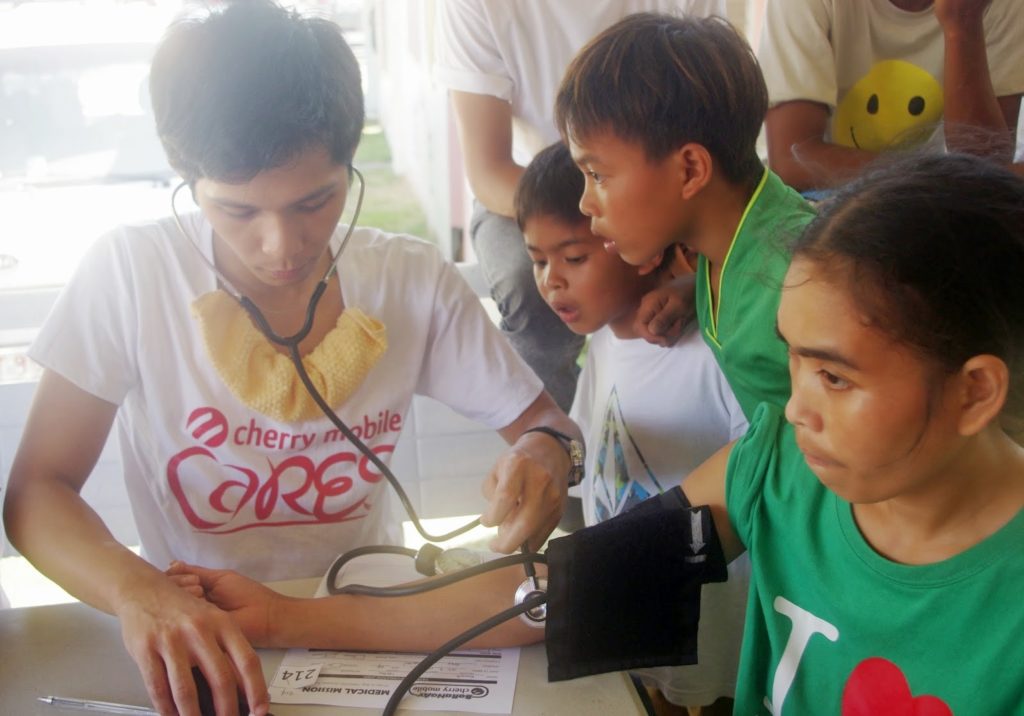 The vital signs of the patients such as body temperature and blood pressure were taken and noted prior to consultation with the doctors. 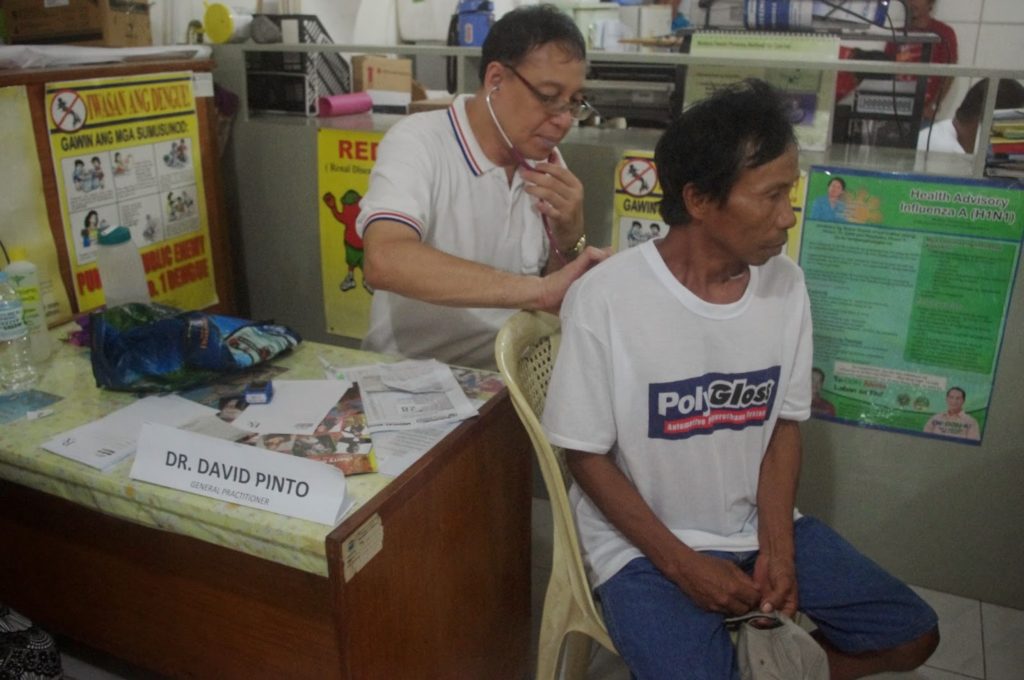 The most important step of the process: the consultation with the attending physicians. 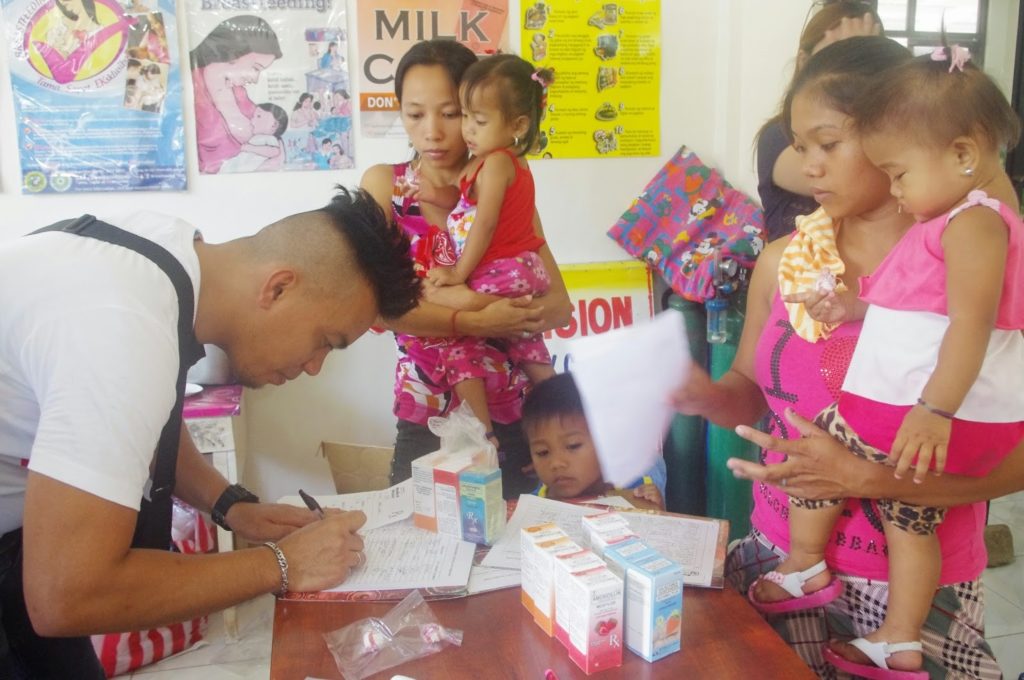 Cherry Mobile brought free medicines according to what most of the patients basically needed. These were dispensed to the patients after their check-ups. 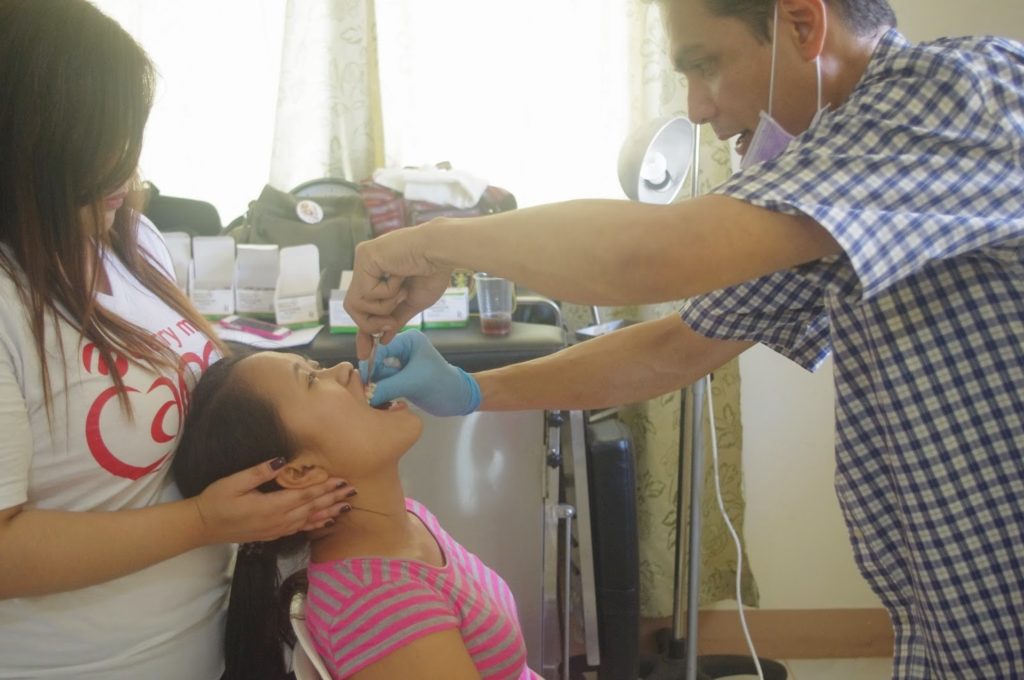 Patients were also able to avail free dental service courtesy of other sponsors. 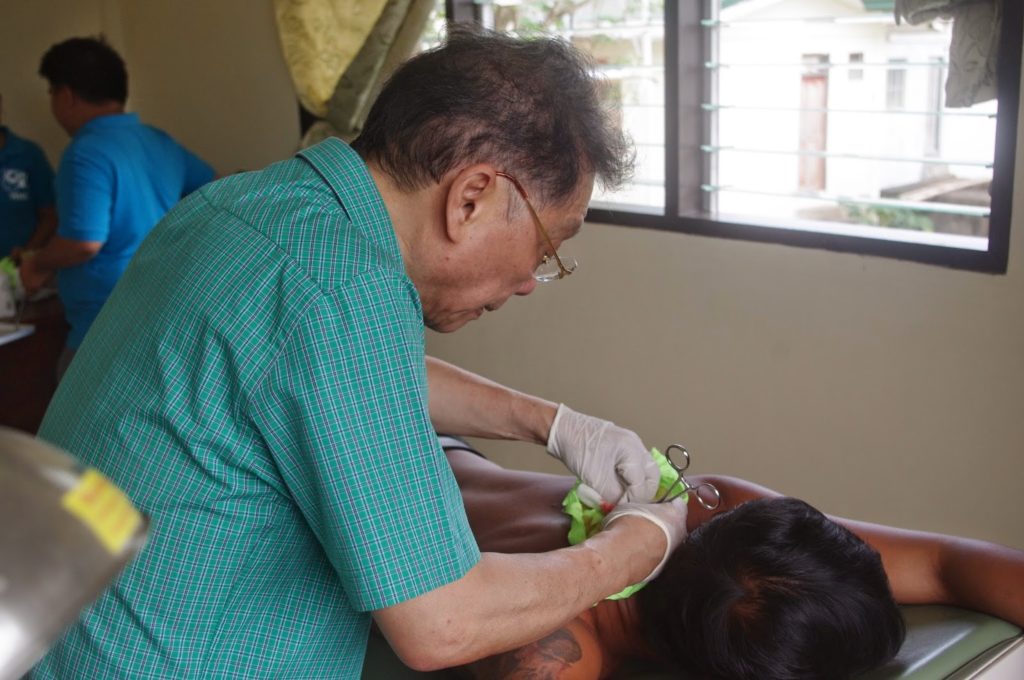 One of the volunteer doctors conducted a series of minor surgeries during the medical mission. 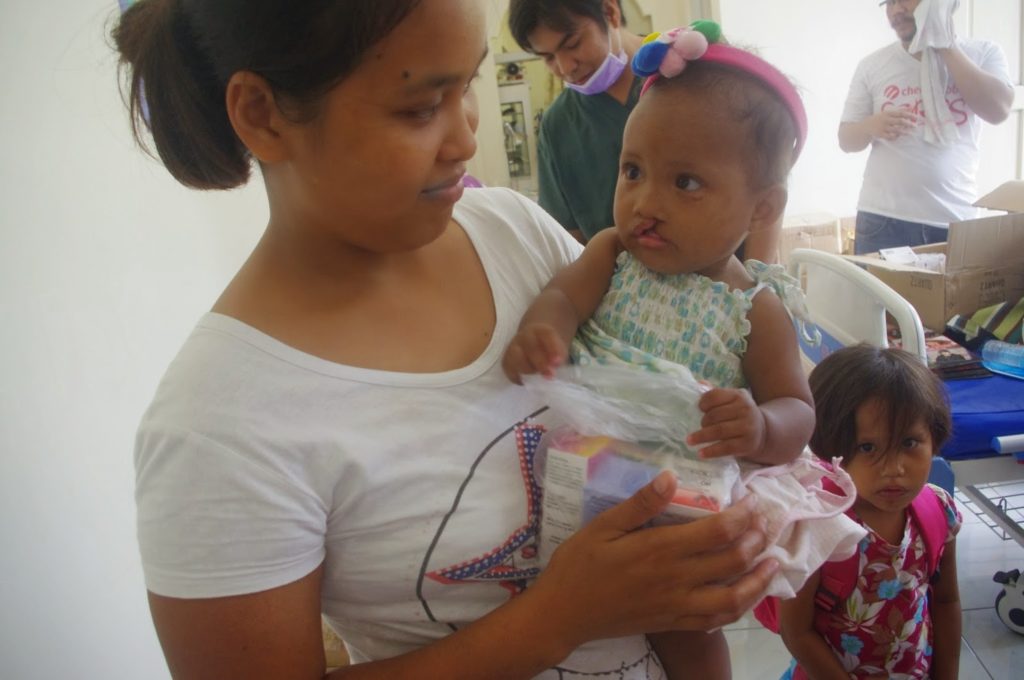 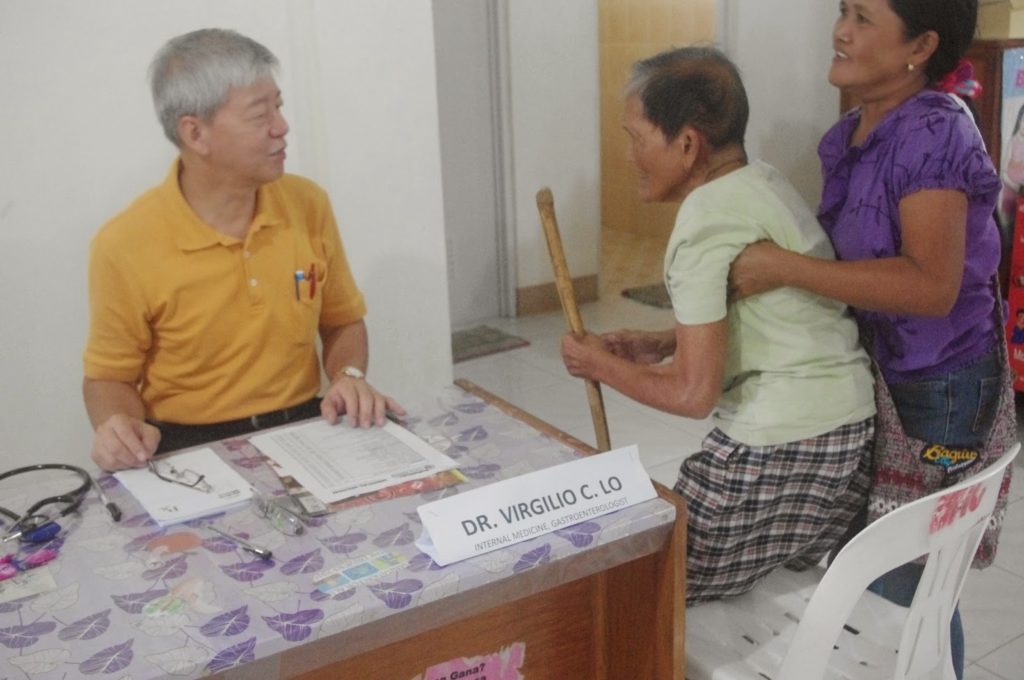 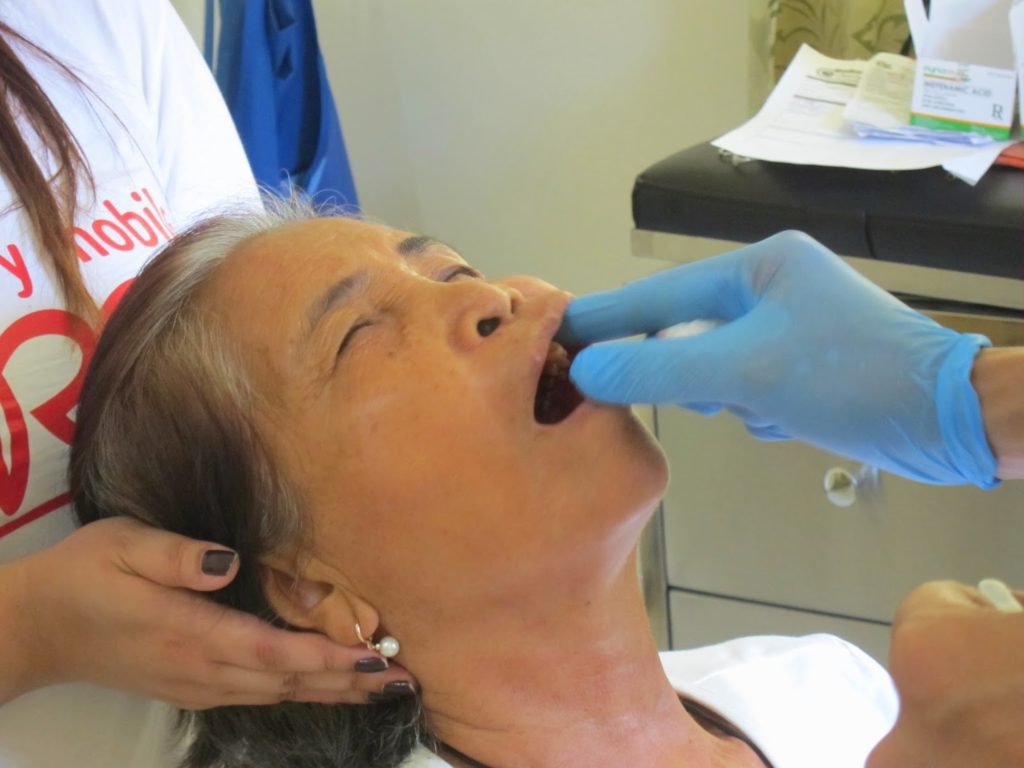 The Barangay Cherry Mobile (CM) medical mission was supported by Manila Medical Society and the local municipal health office. It was held in Barangay Poblacion, the town proper where other barangays situated in the mountainous terrain and in the seashores could converge and seek medical help. The mission began at ten in the morning and ended at three in the afternoon. The patients first registered, had their vital signs taken, and then sought consultation with one of the seven volunteer doctors. After they have received their prescription, they proceeded to Barangay Cherry Mobile’s mini pharmacy where they claimed free available medicines as prescribed by the doctors. Aside from the free general check-up, the residents also got a chance to avail free dental and surgical services and circumcision (“tuli”) courtesy of other sponsors.

Many of the patients came from tribal origins, as the Dumagat tribe was known to reside in the area since the early days. Many were teenagers who sought dental and circumcision (“tuli”) service, young mothers with their babies, seasoned parents, as well as senior citizens who came guided by young members of their family to consult medical expertise regarding their illnesses. Of the 300 patients accommodated that day, the top five illnesses diagnosed were: viral acute upper respiratory infection, genito-urinary tract infection, hypertension, gastritis, and osteoarthritis.

Employee volunteers from different departments of Cherry Mobile willingly invested their time to help with the medical mission. Some facilitated the registration process and the flow of patients from the vital signs section to the consultation area; many helped dispense the medicines to the patients at the mini pharmacy. They were glad and felt fulfilled with visiting the locality and encouraged them as they mingled with them. 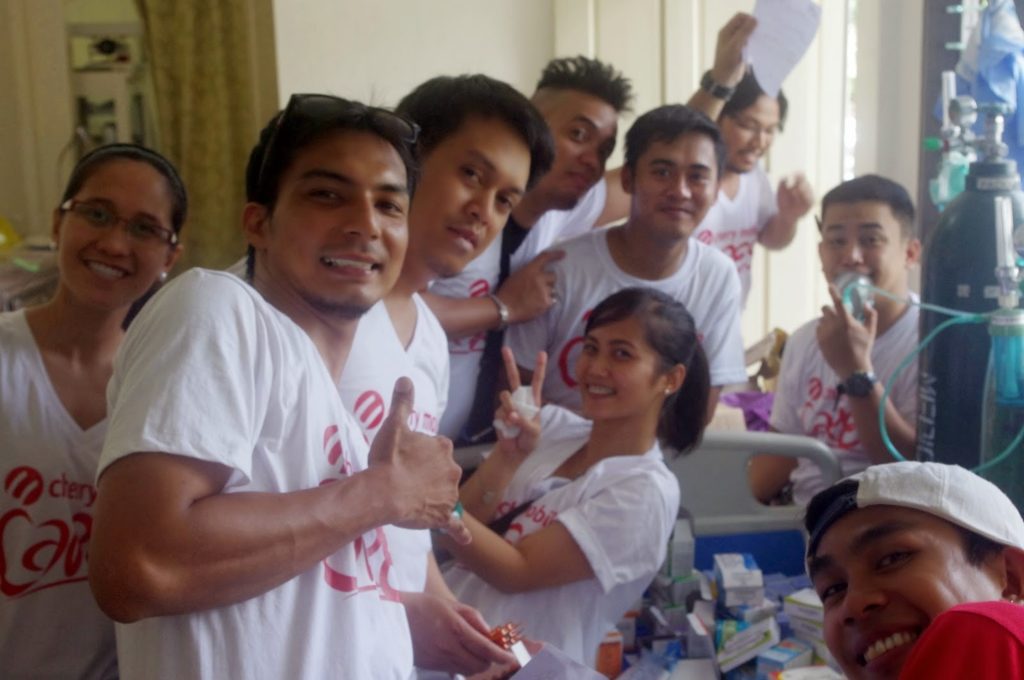 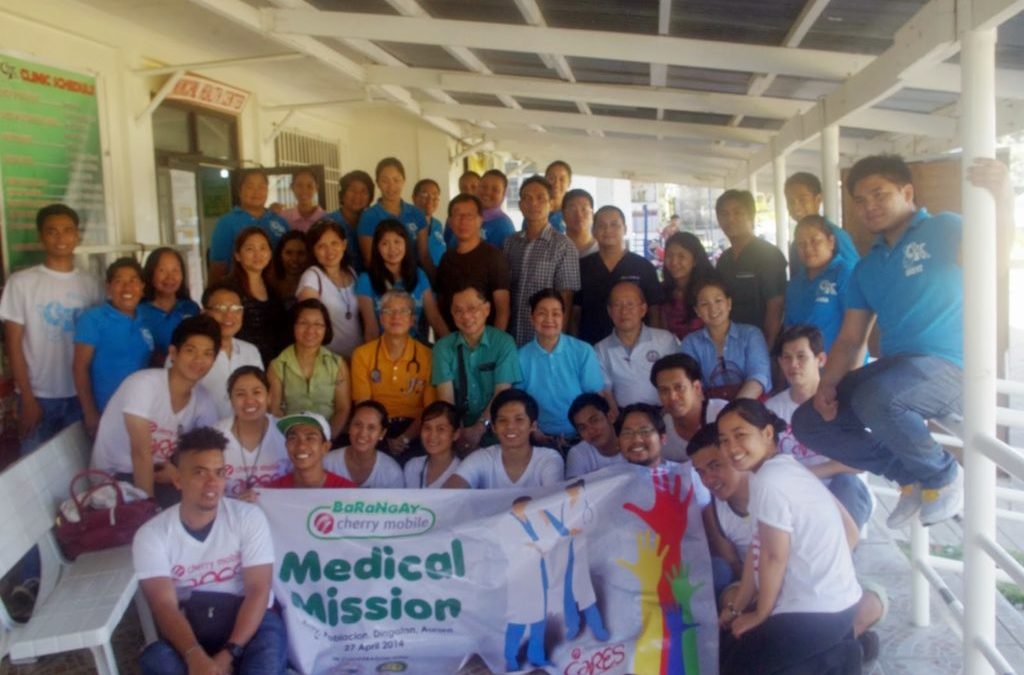 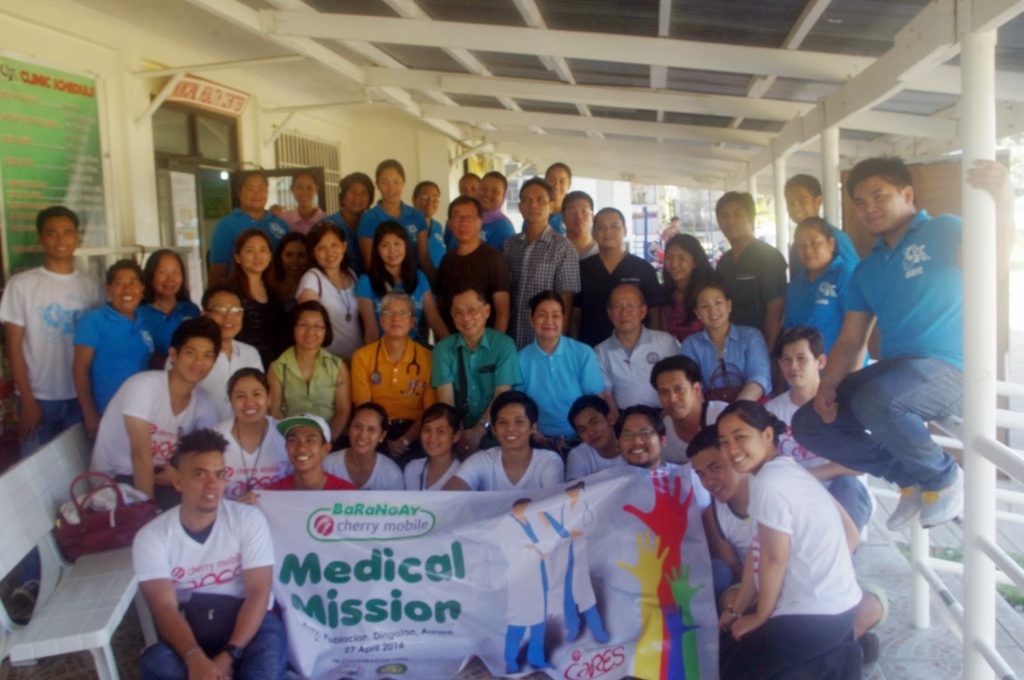 Barangay Cherry Mobile continues with its mission to help change the country one community at a time. It is indeed a big task to undertake, but every person that is helped and encouraged is one reason to keep going. Cherry Mobile focuses on people in the least served sector—those who are barely able to give back in return for what they receive but are the ones who need the most help, compassion, and opportunities to level up their way of living. The medical mission is just one of the programs of Cherry Mobile to meet the needs of the people in terms of health. It is perceived as an investment taken to supplement government efforts and to supply what is lacking in rural communities no matter how trivial it might seem to others.

Helping one community at a time for Barangay Cherry Mobile means paying them time and attention whenever possible and giving them an unforgettable touch of care from the moment they registered to the moment they are handed medicines they needed.